Snow day at the White House.

Major and Champ, the four-legged inhabitants of 1600 Pennsylvania Ave. in Washington D.C., enjoyed their time playing outside in the snow.

President Joe Biden's granddaughter Naomi shared an adorable photo of the presidential dogs getting some fresh air on the White House South Lawn.

While Major can be seen frolicking around the grounds, Champ decided to take it easy and chill out right on top of the white fluff.

❄️🐾Paw my god! Major is such a puppy still, I love watching him trotting around in the snow, energy and tail both up, wagging with excitement. I love snow too, but I choose to act more pawsidential, in pawccordance with my new pawfficial status of eldest, wisest #DOTUS. - Champ pic.twitter.com/CEwZGP9jQb

And they weren’t the only pups enjoying the cool temps!

Many furry companions were spotted outside of the National Mall during the snowstorm. 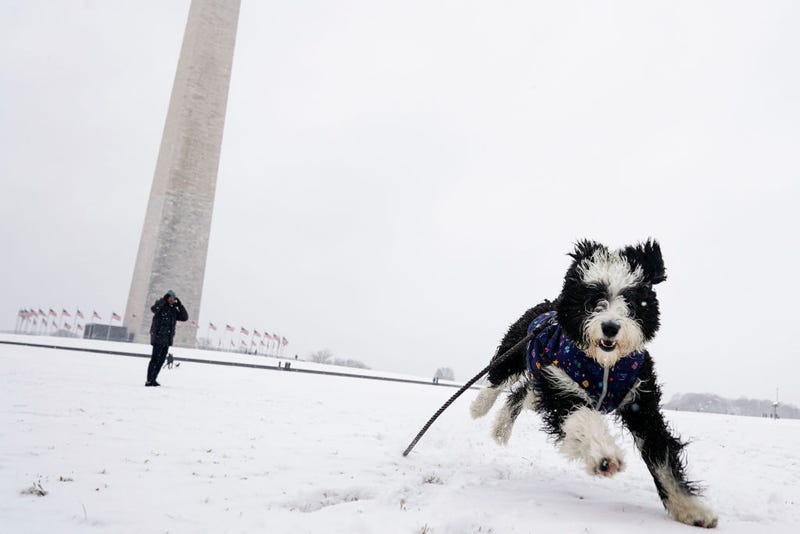 People were also seen putting up snowmen outside of the Washington Monument, including one that was wearing a face mask to protect from coronavirus! 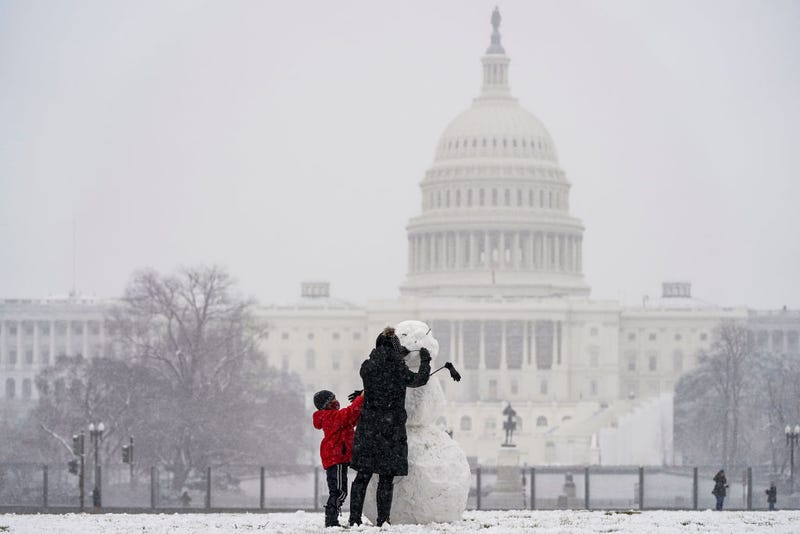 In the first major snowfall of the year, the metro area could get anywhere from 4 to 8 inches, while areas northwest of D.C. could see 6 to 12 inches.

Meanwhile, New York City and New Jersey are bracing for impact as the storm threatens to bring up to 18 inches of snow in some parts.

The Biden family’s two German Shepherds moved into the new residence on January 23.

"The First Family wanted to get settled before bringing the dogs down to Washington from Delaware. Champ is enjoying his new dog bed by the fireplace, and Major loved running around on the South Lawn," a spokesman for the first lady revealed.

During their first day "on the job," Champ and Major could even be heard making their own policy announcements outside the Oval Office.