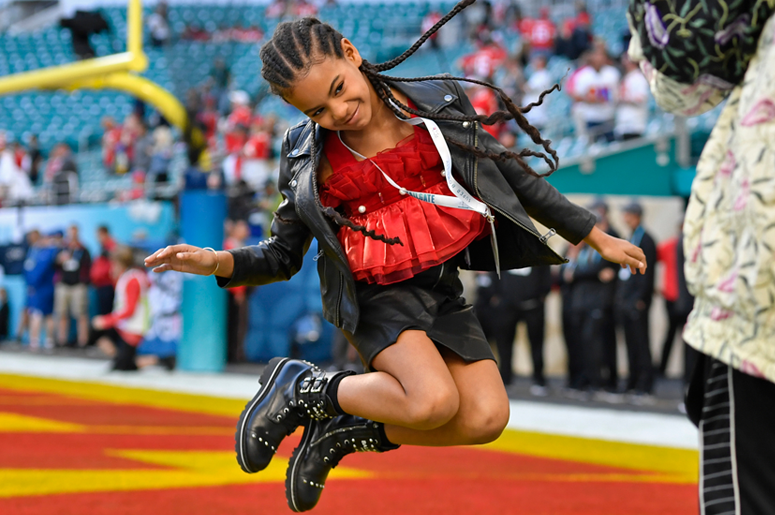 Blue’s got moves, but are you surprised? Her mom is Beyoncé after all.

Following in her mama’s footsteps Blue is seen breaking it down in a video shared on Instagram by her grandmother Tina Knowles-Lawson. However, surprisingly, Tina’s comparisons of her granddaughter are actually to her aunt rather than her iconic mother.

Tina captioned the footage by saying, "This is Blue but I swear it looks like Solange dancing at this age," followed by a heart emoji.

In the clip Blue, who recently earned her first GRAMMY nomination for participation in the song “Brown Skin Girl,” is seen shaking it like a, polaroid picture, salt shaker, and anything else you can think of to shake, to Ciara’s 2010 hit “Gimmie Dat.”