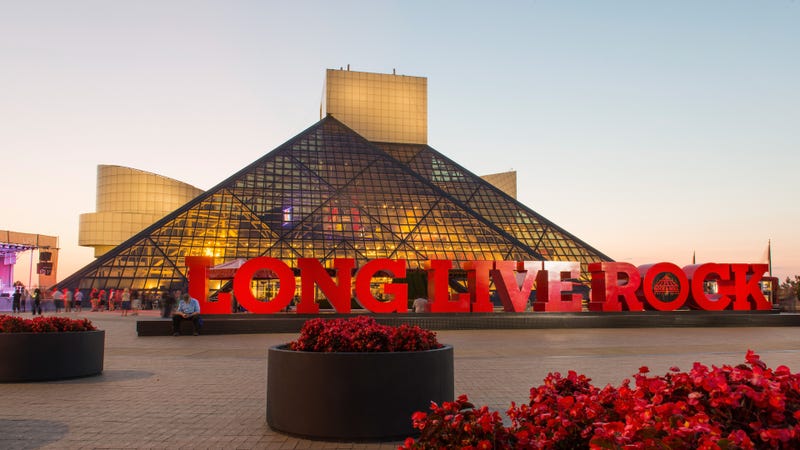 The Rock & Roll Hall of Fame Induction Ceremony is set to induct their Class of 2021 this Saturday, October 30. While you won’t be able to watch the ceremony until a few weeks later, it does present a good opportunity to revisit some of the historic performances that have taken place within those hallowed halls.

With hundreds of videos now available on the Rock Hall's YouTube channel, we went through and found 13 performances to watch right away. While their archive stretches back over a decade, all these performances (except for one, you’ll see why) have been uploaded within the past few months.

The late Little Richard performed at the 1997 ceremony. While he also gave a great performance of his hit song “Tutti Frutti,” this rendition of “Lucille” is absolutely mind blowing. Little Richard influenced countless artists throughout his career as this performance showcases why he was so beloved.

Lauryn Hill delivered an entire set of Nina Simone covers at the 2018 ceremony with “Black Is The Color Of My True Love’s Hair” standing out. Her performance came just a few years after Hill contributed her voice to the soundtrack What Happened, Miss Simone? A documentary about the life of the iconic singer.

Two rock legends came together at the 25th anniversary ceremony for an absolutely astounding performance. As if it wasn't enough to have The Boss on stage with them, U2 was also joined by Mick Jagger during this set. If you're going to go big for a quarter century celebration, this is the way to do so.

Coming from the 2007 ceremony, it was a dual celebration as both R.E.M. and Patti Smith were inducted that year. Both artists had immense contributions into the world of Rock as Michael Stipe paid tribute to all the inductees that year. "The honor of being here is heightened four times over by the other artists here tonight," he said at the time.

The 2002 ceremony marked the final Talking Heads performance as the group reunited one last time. It also served as the first time the band performed together since a 1989 Tom Tom Club show. While it may be the last we ever get to see of Talking Heads, it was certainly proof why they're one of the great bands of all time.

Earth, Wind and Fire performed one of their best known songs at the 2000 ceremony as this rendition includes a soul-stirring sax solo that will blow your mind. Seriously, just check out the faces of those in the audience to see minds being blown in real time.

Prince was a musician unlike any other that the unique ability to blend genres together to create one sound. That was evident during this 2004 performance as Prince blends funk, jazz, and a shredding guitar solo, that'll leave your jaw dropped. This isn't Prince's only appearance on this list by the way, we'll get to another one soon.

6 Use Me - Bill Withers, Stevie Wonder, and John Legend

An all-star collaboration from the 2015 ceremony unites several generations of great songwriters with a propensity to create soul-stirring music. The influence of Withers is felt from the get go as the trio of musicians create a beautiful soundscape that was fitting for the occasion.

5 Stop Draggin’ My Heart Around - Stevie Nicks and Harry Styles

Two iconic songwriters from two completely different generations shared the stage and proved why they're beloved by millions around the world. Nicks introduced Styles at the 2019 ceremony as filling in for Tom Petty. The two proceeded to give an otherworldly performance.

The G.O.A.T. performance. While it was uploaded eight years ago, it’s a must-watch video belonging on any list. Prince's guitar work leaves the other musicians in awe as it's one of those rare moments where everyone was happy to sit in the background and witness greatness. You can read the entire backstory about the legendary performance here.

Eddie Vedder is a massive Neil Young fan and has covered his work at numerous Pearl Jam and solo shows. Coming from the 1995 ceremony, the two share the stage together for a fiery performance as two generations of rock unite.

2 Funny How Time Slips Away - Al Green and Willie Nelson

There's few stages that Al Green and Willie Nelson get to share together, which is part of the reason why the Rock & Roll Hall of Fame ceremony is so great. Taking place at the 1995 ceremony, their performance proves that while you may be on different ends of the musical spectrum, talent rises above all and creates a beautiful thing.

It's one of the most famous Cure songs of all time as Robert Smith radiated with passion throughout his performance. Unlike Rock Hall performances of the past, this wasn't a band trying to relive glory days. This was a band that's still at the top of their game.