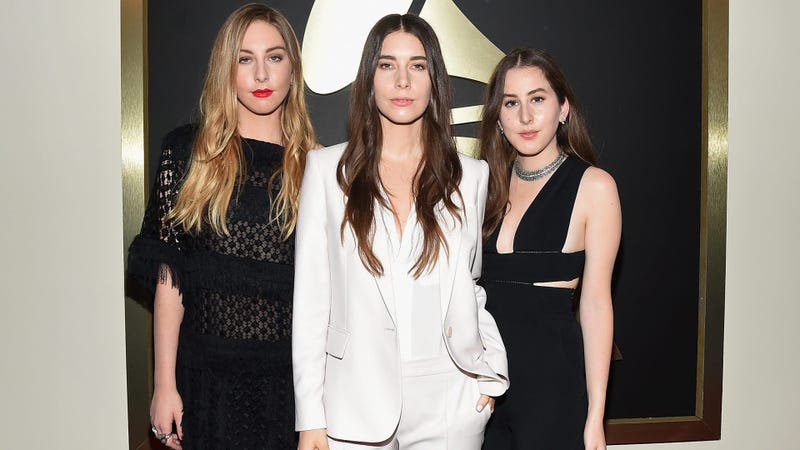 The 2021 GRAMMY Awards were initially postponed, but with the show now set to air March 14, we’re diving deep into this year’s Album of the Year nominees and why each artist deserves the win.

Women in Music Pt. III, or more simply known as WIMP III is the HAIM sisters' third studio album. Danielle, Este, and Alana all come together on this body of work to give us a sonic sophistication, confidence, and a bitter-sweet edge that delves deeper into the sisters' wealth of complex emotions than ever before.

Revered as their most intimate and multidimensional album yet, the production, the lyrics, and the themes that span the album seem to demonstrate that HAIM has quite literally found their groove. Comfortable enough now to spin up a 70s-inspired, earworm, the three musicians dig into the trenches of their personal trauma to give us a record brimming with theatrical moments and confrontations with depression, while still weaving their sun-drenched, San Fernando Valley sounds into the twists and turns of each track.

The first song on the album, “Los Angeles,” takes us through Danielle’s changing feelings about her hometown and coming to terms with finding an identity that does not include being in love with LA.

During an interview with Apple Music, the lead vocalist explained, “this was one of the first songs we wrote for the album. It came out of this feeling when we were growing up that Los Angeles had a bad rep. It was always like, ‘Ew, Los Angeles!’ or ‘F*** LA!’ Especially in 2001 or so, when all the music was coming out of New York and all of our friends ended up going there for college. And if LA is an eye roll, the Valley—where we come from—is a constant punchline.” She continues, “But I always had such pride for this city. And then when our first album came out, all of a sudden, the opinion of LA started to change and everyone wanted to move here. It felt a little strange, and it was like, ‘Maybe I don’t want to live here anymore?’ I’m waiting for the next mass exodus out of the city and people being like, ‘This place sucks.’ Anyone can move here, but you’ve got to have LA pride from the jump."

The final track on WIMP III’s deluxe edition is “Summer Girl,” which takes the idea of falling out of love with your hometown and turns it into a sigh of relief all with an homage to Lou Reed and the Velvet Underground massaged into the song’s steady undertow.

As the words, “L.A. on my mind, I can't breathe/ You're there when I close my eyes, so hard to reach,” pour off Danielle’s lips there is a deeper realization that the song isn’t just about a city, but about what kind of familiarity and comfort a hometown holds.

After the release of “Summer Girl” which also served as the album’s lead single, it was revealed that the track was written in response to Ariel Rechtshaid’s 2017 testicular cancer diagnosis. Rechtshaid has been HAIM’S producer since the debut of their first album, Days Are Gone, and Danielle’s partner.

“Summer Girl” represents Danielle’s wanting to be Ariel’s “light” during a difficult time. In a statement about the song the band’s frontwoman added, “I was on tour and felt like I was trying to send positive energy his way almost telepathically… Whenever I would come home in between shows I wanted to be his sunshine.”

The track allows the listener to forget all of Danielle’s contemplative feelings towards her town and pulls us back in with jovial background vocals and lyrics permeated with sadness that carry a silver lining of optimism. The eldest sister sings, “You walk beside me, not behind me/ Feel my unconditional love.”

All three sisters sing about their relationships with hurt on WIMP III. Este, the group’s bassist takes us into places she’s had to explore while living with Type 1 Diabetes and Alana, uses the intricate reverberations of the record to speak about the grief she faced after losing a best friend at the age of 20.

While the sister’s never stray from their signature LA-cool, Canters deli, California heritage-infused aesthetics, hence many of their music videos directed by Paul Thomas Anderson, shot in the famed Fairfax Los Angeles delicatessen… HAIM gives us space to soak in their maturation as tried and true rockers who experience a myriad of intense feelings that rear themselves in a labyrinthine of sardonic and genuine production elements and lyrics.

Will HAIM’s Women In Music Pt. III bring home the trophy for Album of the Year at the 2021 GRAMMY Awards? Find out for yourself and watch the GRAMMYs on CBS, Sunday, March 14, starting at 8PM ET / 5PM PT.