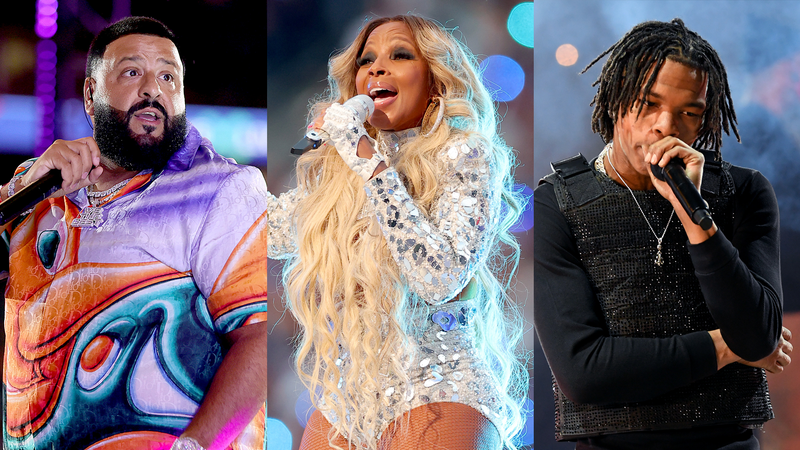 Have you heard who was snagged to join the line-up to honor NBA’s 75th Anniversary team during a special performance at this year’s All-Star Weekend? No? We’ll gladly share, because trust us the star-studded list commissioned by DJ Khaled is just too good to keep secret. And clearly the NBA feels the same, as they just release the events official press release with all the exciting details.

For those who swear east side is the best side, Listen to Audacy's East Coast Rap Radio now.

On the night before Sunday’s big game, Khaled will be joined by Mary J. Blige, Ludacris, Lil Wayne, Gunna, Migos and Lil Baby for a massive performance during Saturday's dunk contest which plans to air at 8PM ET on TNT.

As for the plans set to take place on Sunday, February 20 at Rocket Mortgage FieldHouse in Cleveland, “Prior to tip-off, Billboard Award-winning artist and Cleveland native Machine Gun Kelly and renowned producer and award-winning DJ D-Nice will introduce the 2022 NBA All-Stars. Four-time GRAMMY Award winner Macy Gray, who is from Ohio, will sing the U.S. national anthem and Toronto native, two-time Juno Award-nominated and platinum-selling artist Ryland James will sing the Canadian national anthem.”

Halftime will see the NBA honor its 75th anniversary by recognizing the 76 players who were named to the Anniversary Team last year. Several members of the team from decades past and present are expected to be in attendance for a ceremony at which Usher, Spike Lee, Tiffany Haddish and Anthony Anderson will serve as narrators. Taking those in attendance and those watching on “a journey through the league’s first 75 years, recognizing the players who have shined the brightest and highlighting the themes that have served as the cornerstones of the NBA since its founding.”

And that's just who's on the program, imagine who else will be there to watch. The game will air live at 8PM ET on TNT and in 215 countries and territories. For a refresher on the information above, plus a bit more check out the NBA’s official press release here.