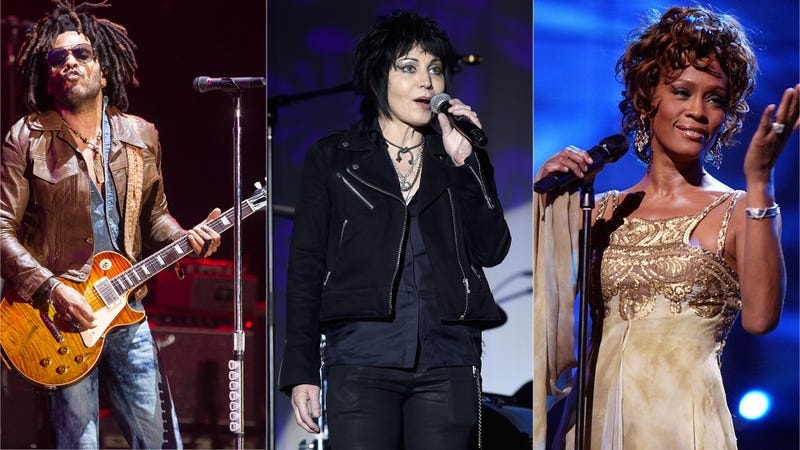 When an artist decides to put out a cover song it can go a couple of different ways. It can be seen as a tribute to that artist’s musical hero, honoring a major milestone of the original artist, a fun curveball that audiences will love to hear in concert. On the flipside, there’s always the possibility it flops and the artist gets derided for even trying.

At the same time, there’s the rare moments where a cover version becomes so universally loved that it becomes the first version people think of when the song is mentioned. It takes a lot of work to get there, but it’s not impossible.

Tracing the lineage of these songs is half the fun. As you dig deeper you’ll find that the original songwriters may be better known than the artist covering the track. That doesn’t make the original versions of these songs unremarkable (you could easily argue that it lends them even greater appreciation), but as the kids say these days, some covers just hit different.

1 Jimi Hendrix - All Along The Watchtower

The song was originally written by Bob Dylan as part of his 1967 album John Wesley Harding. Funny enough, the track is one of Dylan’s most played songs in concert. Jimi Hendrix released his version a year later as it’s not only considered one of the best covers of all time, but one of the greatest songs of all time.

The unofficial rock anthem all came into existence because Joan Jett was watching television. The song was originally recorded by the UK band Arrows in 1975 and was written as a “knee-jerk response” to the famous Rolling Stones song “It’s Only Rock ‘n Roll (But I Like It)’.” Jett was on tour in England in 1976 when she saw Arrows perform the track on their television program and was inspired to give her take on it.

If you want to start an instant dance party, you throw on this song. The song was originally recorded by legendary singer Chaka Khan as it was the first hit she would have as a solo artist after leaving her funk band Rufus. Houston recorded her version for the 1992 film The Bodyguard as it went on to become one of her best-known hits.

The upbeat reggae track that’s become one of UB40’s best-known songs is starkly different than it’s original version. The original belongs to Neil Diamond, who released it as a somber, acoustic-ballad on his 1967 album Just For You.

The original version by Canadian rockers The Guess Who is a popular hit in its own right, but when Lenny Kravitz released his cover of the song it took it to a whole new level. Kravitz took home a GRAMMY for Best Male Rock Vocal Performance for the song.

It’s one of Aretha Franklin’s most famous songs, but was originally recorded by Otis Redding in 1965. The lyrical content of the song stands in stark contrast between the two versions as Redding’s serves as a plea from a desparate man while Franklin’s version has become a feminist anthem as she uses the lyrics to declare herself as a strong, confident woman who demands respect from her man.

7 Sinead O’Connor - Nothing Compares 2 U

O’Connor’s version is considered one of the greatest songs of all time and gave the singer a worldwide hit. It was originally written by Prince and was featured on the 1985 debut album of his side project The Family.