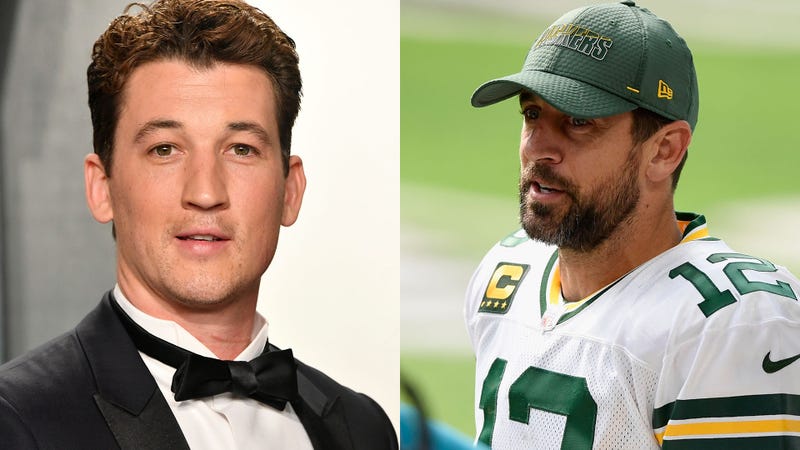 No, that headline you just read isn’t sensationalized. It’s a real thing that happened.

Green Bay Packers quarterback Aaron Rodgers has talents off the gridiron and was happy to show them off on social media. Rodgers and fiancée Shailene Woodley were vacationing with Miles Teller, and wife Keleigh Sperry Teller as the group looks to be having the trip-of-a-lifetime. Fortunately, they’ve shared their experiences on Instagram, which includes the reigning NFL MVP singing karaoke to Taylor Swift.

Sperry Teller posted a video of her and Rodgers singing along to Taylor’s hit song “The 1.” The two had a lyric sheet printed out in front of them, but that served as more of a reference point as the two sang their hearts out.

You check out Swift’s version of “The 1” below to see how Sperry Teller and Rodgers stacked up.

The double-date vacation has created quite the stir on the internet as fans seem to be juggling senses of amusement, confusion, and appreciation over the bromance between Teller and Rodgers.

Some on Twitter are amazed that Rodgers, who by the way is also sporting a man bun, and Teller only have a three-year age difference.

The group has spent their time engaging in many tropical activities including hiking, swimming in waterfalls, and of course singing karaoke to Taylor Swift. Here’s hoping that Taylor gives consideration to the duo as a support act for her next tour.

WATCH MORE: The ‘Love Story’ between Taylor Swift and the songs you didn’t know she wrote