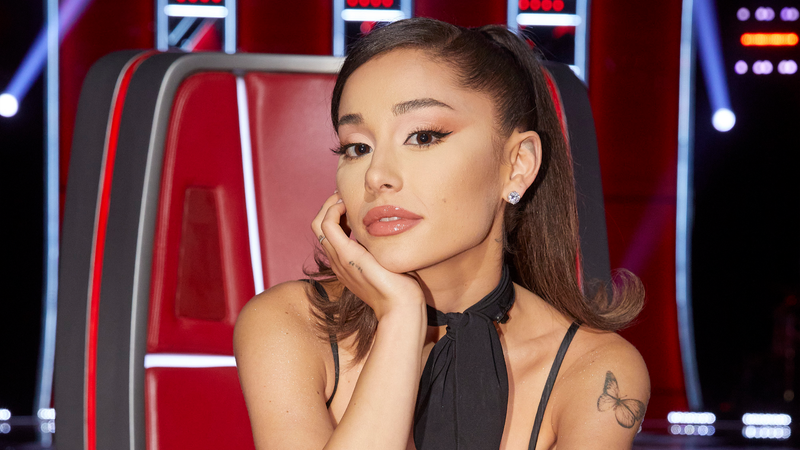 On Monday’s season debut, Ariana Grande finally officially joined Blake Shelton, John Legend and Kelly Clarkson as the newest coach on NBC’s The Voice. So naturally, ahead of the Season 21 premiere Ariana stopped by The Kelly Clarkson Show to talk all about it, which inspired us to do the same. So… Let’s talk about it — and we mean all of it.

Listen to your favorite music now on Audacy and if like us you’re always in an Ari music mood, check out Audacy’s exclusive Ariana Grande Radio station, because… duh.

For those real ones out there, y’all already know Ariana got her start on Broadway. But her career didn’t really take off for real for real until 2010 with her TV role on Nickelodeon's Victorious. So, in honor of Kelly’s "I Love L.A.” week show theme she asked Ari to reminisce about what it was like moving to Los Angeles for the first time at age 14 in the hopes of becoming a star.

"The first time I came to L.A. was for my Victorious callback, and I was so nervous, but so excited," Grande explained."I was really young. I was 14, but I had never been here until my callback.

Ariana recalled waiting “a long time” in between callbacks and spending lots of time at a hotel. “My mom was like, 'Do you think you can really do this? We'll get a place. Should we get an apartment, you think?’, Grande continued, I was like, 'I hope so, I have no idea.’”“Thank god,” she added of landing the Nickelodeon show, “because what if I didn’t get it and then she was like, ‘We have this lease for the next six months!’”

Grande got to flex her vocal skills as Cat Valentine throughout the show’s run with various musical numbers and random jingles (iykyk). Her character was even such a hit she got her own spin-off Sam & Cat, alongside Jennette McCurdy.

But luckily for us, after years of hair frying red hair dye and countless air head moments (again, iykyk) Ari ascended to her rightful place atop the music charts as Pop’s reigning princess and that is where she’s remained.

Which brings us to now, with her undeniable skills and time as Pop Princess, Ari has gained priceless knowledge she is now hoping to pass on contesting she convinces to be on her team — not like that’s going to be hard.

As most season premiers of The Voice, before the friendly claws come out and the steals occur, things start of civil as the coaches team up for some epic dynamite performances — and this season was no different.

For a mega back to back performance starting with Blake and John singing Sam & Dave's "Hold On, I'm Coming.” Ari was joined by Kelly to belt out a knockout duet of Otis Redding’s “Respect, better known of course because of Aretha Franklin.

Making sure there was no confusion that she had ARRIVED, Ari’s fit was serving all pretty in pink vibes, which she paired with. a straw cowboy hat, gloves and pearls. Speaking of lit, Grande lit up the stage throughout the entire performance with Clarkson, and had the entire crowd on their feet.

Check out both Ariana's interview with Clarkson and the incredible coach performance above. And don’t forget, the premiere continues tonight Tuesday, September 21 8/7c on NBC.