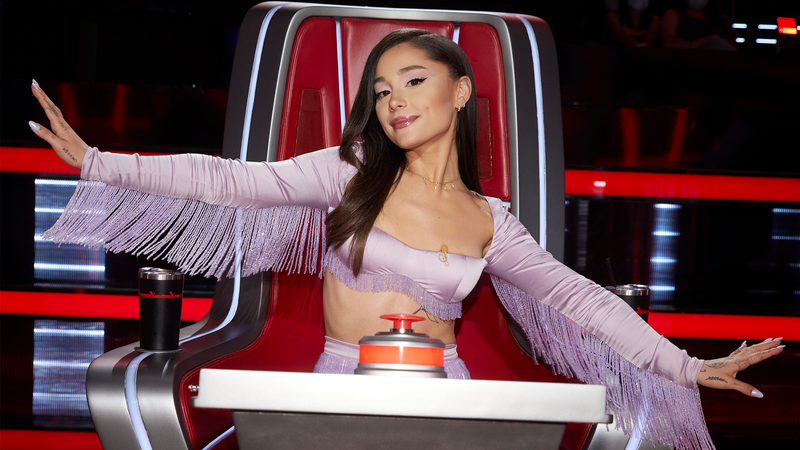 The Voice live shows got started on Monday, so obviously Ariana Grande had to once again show off her Poise, this time with a look that said (almost) 30, flirty and thriving.

After outdoing herself with every look throughout each round of the show thus far, for the competition’s first Live Playoffs of Season 21, Grande, 28, did it again, giving us Jenna Rink realness from head to toe.

Dressed exactly like Jennifer Garner's character from the classic 2004 rom-com 13 Going on 30. Specifically, that multi-colored dress Versace dress made famous in the film. She even recreated Jennifer's hair vibes and earrings. So TBH, all that's missing is a giant butterfly necklace, some razzles and Mark Ruffalo.

Ariana shared the look with an Instagram story ahead of the show, writing "Thank you so so so so much @donatella_versace @versace and happy first live show !!!!!” 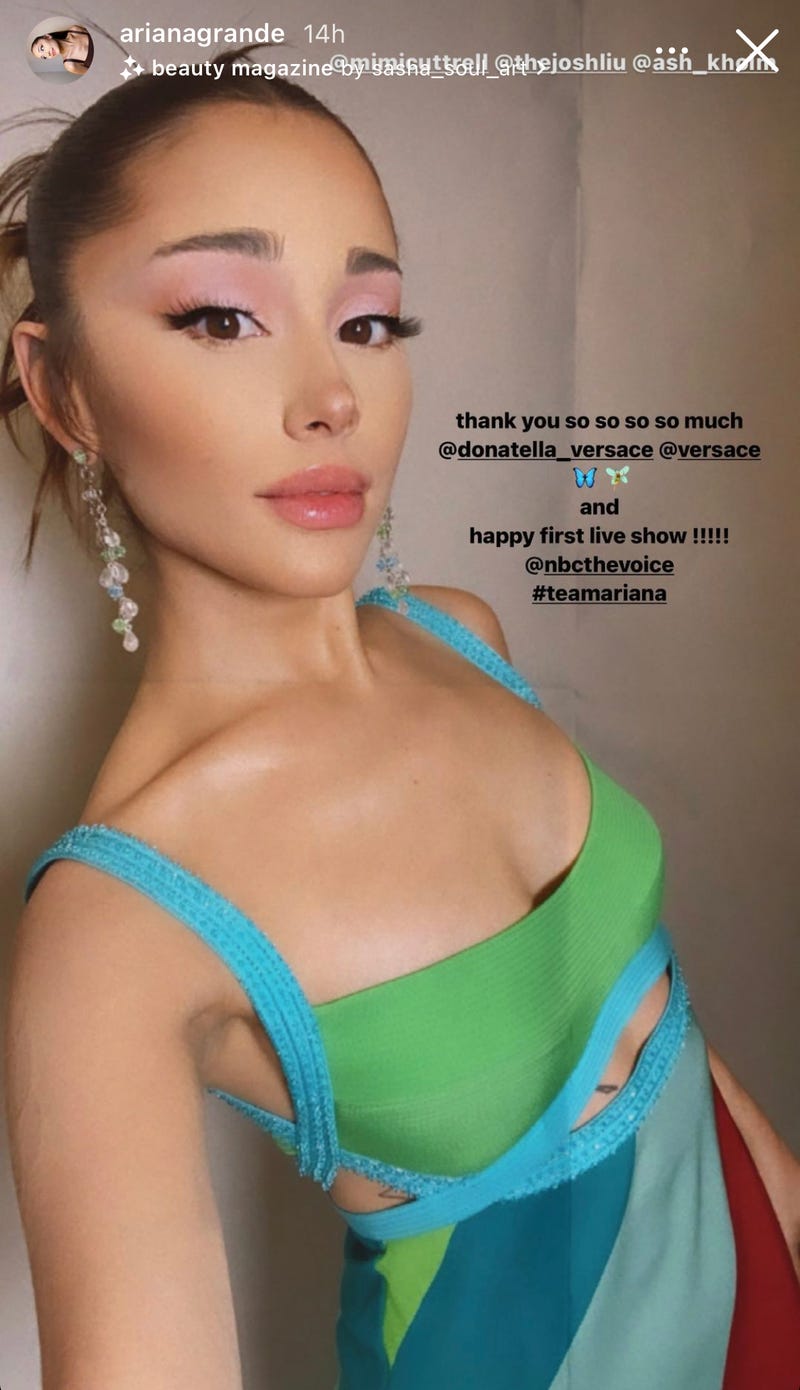 Additionally, a proud Donatella posted similar pictures, but on her feed, alongside the caption, "My gorgeous girl @arianagrande in Versace SS03 for her first The Voice live show!!! 🦋🧚"

Real ones already know, but this isn't the first time Grande has dressed up like Jenna Rink. As she recreated Jenna's red blouse and jeans look from the film and the movie's final wedding scene in her "thank u, next" music video. Loving the tribute, Garner got in her feels sharing a clip from the video on IG with a sweet message to Ari, "Every now and then something comes along and just brightens your day. 💫 @arianagrande you’re adorable. Thank you, pretty girl. #thankunext."

Aside from The Voice live show, Ariana has had herself quite an eventful start to the month. Not only is she about to release her new beauty line r.e.m, on November 12, but she was also just announced to be playing the role of Glinda the Good Witch alongside Cynthia Erivo as Elphaba in the upcoming Wicked movie directed by Jon M. Chu.

A "dream role" that besides deserving beyond measure, she basically manifested for herself. Check out this tweet from 10 years ago.

Loved seeing Wicked again... amazing production! Made me realize again how badly I want 2 play Glinda at some point in my life! #DreamRole

So... singing competition or not, think we can all agree that Team Ariana kinda already won.