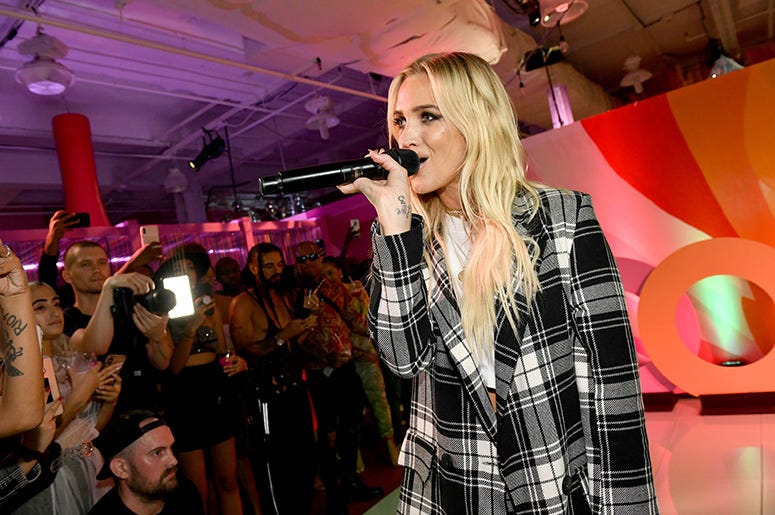 Ashlee Simpson and husband Evan Ross welcomed their new bundle of joy into the world, Ziggy Blu Ross, with an adorable family photo.

"10-29-2020 Ziggy Blu Ross. Our sweet boy has arrived! I'm over the MOON we are so Blessed!" the singer captioned Saturday, alongside the touching snapshot. Little baby Ziggy lays snug as a bug in her burgundy swaddle and beanie. Both Ashlee and Evan’s hands rest softly atop the baby during the warm moment.

Evan posted the same picture with an equally sweet caption reading, "Our Son has Arrived! IM IN HEAVEN ❤️ ❤️ ❤️.” It became a true family affair when Ziggy’s new aunt Jessica got in the mix. She posted a comment saying, “Auntie Jess loves you Ziggy Blu! With my entire heart and being I will endlessly be by your side. You are beautifully and perfectly made precious boy.”

Ashlee spoke with People back in August, expressing the sheer excitement of another baby in the family. "It'll be really nice to go back to the newborn phase. Newborn babies smell so good,” she said. “There's nothing like it. And we can't wait for the snuggles!"

Ziggy Blu is the couple’s second child together. She gave birth to their daughter Jagger back in 2015. Ashlee also has a son, Bronx, with ex-husband Pete Wentz.