Jack White joins us for a special Audacy Album Release Party to celebrate the release of his second album of 2022, Entering Heaven Alive.

LISTEN NOW to our interview with Jack White -- and watch the full performance above!

It’s quite a busy time for Jack White; he’s touring, during baseball season mind you, following the release of his first full-length album for 2022, Fear of the Dawn. While on the road, his second album, Entering Heaven Alive, has now officially dropped.

Sitting down in the DTS Sound Space in Los Angeles with KROQ morning hosts Klein & Ally, Jack admits the two records, although seemingly polar opposites, were written in bulk at the same time. “I didn’t really plan on doing any particular kind of record,” says White, “I just was writing and it just kept coming out. They sort of started finding their own zones on my laptop; they were in two different playlists and I kept trying to put one song in the other playlist, and they just wouldn’t work. They didn’t flow together, they wanted to be two different albums on their own. So, I was a good boy and did what I was told… by the songs.”

The initial plan was to drop both albums on the same day, Jack reveals, but although he’s got all the workings at his own Detroit factory, “pressing the vinyl was impossible to get that many records pressed for that same day release,” he says. “So, we had to space it out. That’s how it goes, even if you own your own pressing plant, you still have to do that!” 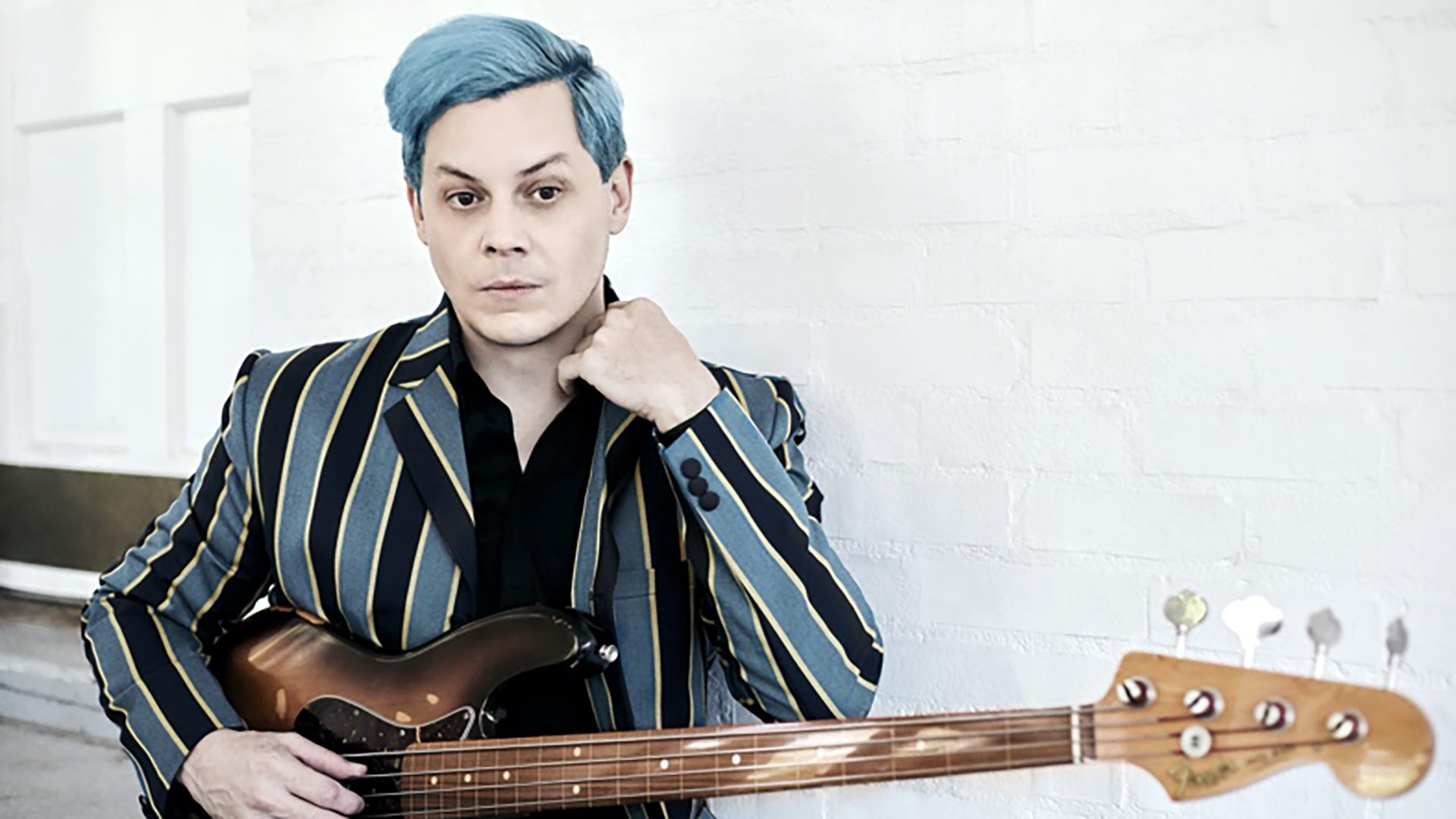 While touring White, among many artists and bands, has enacted a no cell phone policy at his shows, an easy leap for him personally as he's had that rule applied to his personal life for years. “My days are numbered I think,” he says laughing. "You can’t order a coffee in a restaurant anymore!"

“No hate really about cell phones or anything,” Jack adds. “It’s just the idea that everyone can bond together in a different way. We find so many people afterwards saying it was amazing because ‘between bands I turned to a stranger and I started talking about a band I liked, and he mentioned an album that they made and here I was talking about music again with a stranger just like we used to do at shows.’ I was like, that’s perfect, that’s great that people are having those experiences.”

With the new record now on shelves again showcasing the “perfectly imperfect,” dirty sound that White has become known and loved for, Klein wondered whether he perceived there to be any kind of “perfect” song in his catalog. "You start aiming for something, an idea in your head,” Jack explains, “and these things are sort of flowing through you and other musicians in the room and you just have to know when to stop attempting to get there. At some point you just have to just say, ‘OK that’s enough.’ Equating the process to a painting, “You could literally never stop working... You could just keep painting over and over again. Part of the artform is knowing when to stop, I think. So, you never actually get there. But maybe in hindsight, as things move on, you start to think, ‘I guess maybe that was just about as good as that ever could have been.’”

“Looking back at ‘Seven Nation Army,’” White continues, “at the time that was just another song on the record. Now it seems like maybe we accidentally recorded the song perfectly and didn’t realize, I don’t know!”

Now on his fifth solo release, White admits he’s more comfortable writing and recording with other musicians in the fold. “Different things will happen,” he says. “You start to feed off one another, impress one another, top one another sometimes, and you get to different places you wouldn’t normally be. When you’re by yourself, it’s a little bit lonely and doesn’t have the same grooves, but sometimes you can get it exactly the way you intended.”

“I’ve always tried to push myself into different scenarios, different tricks, to make myself think in a different way and attack things in a different way,” White adds. One of those tricks he has found that works for him, is fasting. “One example is when I was on ‘Saturday Night Live’ a couple of years ago… We got the call on Wednesday from Lorne Michaels to do it, and said ‘yes,’ and I didn’t eat until after the second song on Saturday night. I fasted that whole time. It’s crazy because the energy your body comes up with on the second or third day as your body’s making you go out and get food, you can’t sleep. So, I was up at 5 o’clock in the morning just pacing around, you have so much energy.” Standing up and lunging across the stage, Jack says, “Before that show I was like, ‘Let’s go!’ My manager was like, ‘You’re gonna pass out!’”

For the record, Klein boasts that he was able to fast for an entire 12 minutes one time. Hey, we all have stories.

Watch and listen to the full Audacy Album Release Concert with Jack White above as we dive into the latest offering from one of the most creative forces in Rock music and beyond -- plus, stay tuned for even more exclusive performances and conversations with your favorite artists right here at Audacy.com/Live. 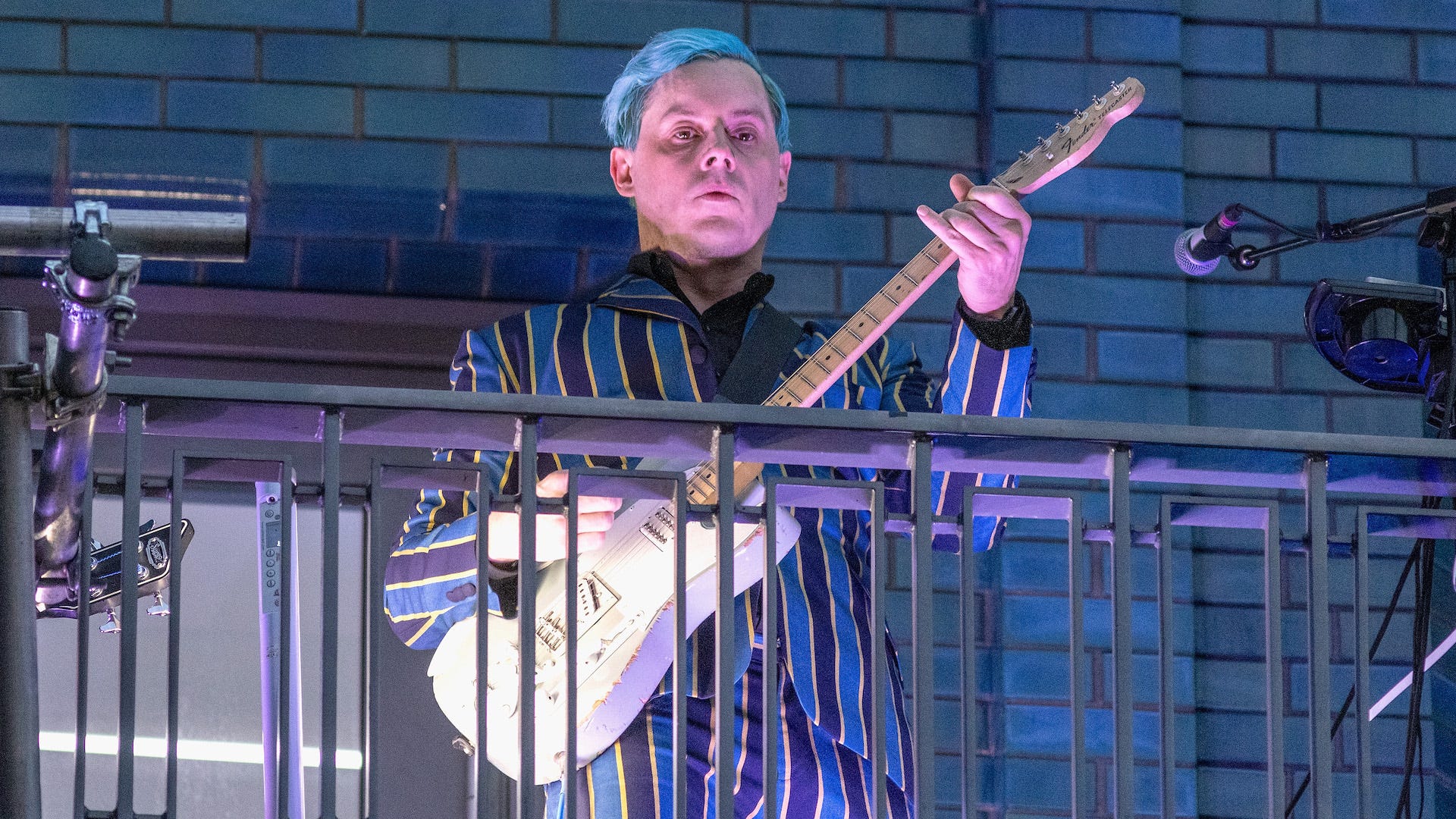 Jack White is making every show from his 2022 Tour available to stream: How to listen

Listen to more of your favorite music on Audacy's all-new The White Stripes Radio, Alterna 00s,'90s and Chill, ALT Roots, Arena Rock, Wake Up and Rock, and The Roots of Rock stations -- plus check out our talent-hosted Kevan Kenney's Music Discovery, Megan Holiday's My So Called '90s Playlist and Scott Lowe on the Go's Post Modern Music Box!