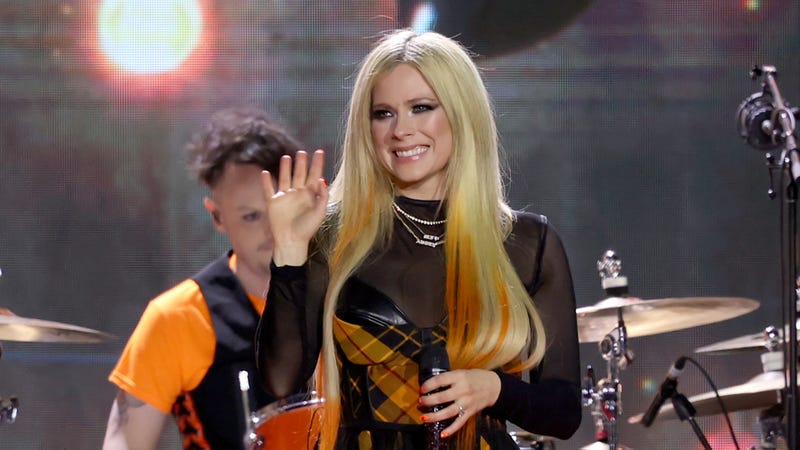 Now celebrating two decades as an artist, singer Avril Lavigne joined Audacy's Gregg, Freddy & Danielle at Boston's Mix 104.1 to talk about the feeling of being on stage in front of fans with a stacked setlist, the pleasure of making new music, and a few of her favorite songs.

"I feel like I've grown as a performer," Avril admits, "and this tour that I'm doing now for my new album, 'LOVE SUX,' I just did a 'Bite Me' tour in Canada, and right now I'm on the 'Mainstream Sellout' tour with MGK, and I just feel really grateful -- I think that's the main feeling. Just to be able to sing my old songs and still get the response that they get, and along with the new songs... it feels so good to be making new music and having people excited about it today."

"I've always appreciated it, but it's different," she adds. "It's touching... it's really moving to be still here 20 years later and doing arena tours." If she were ever gifted a chance to give advice to her younger self, Lavigne says she would say to "really take it in, and try to be in the moment -- that's something I've always tried to do because it's so crazy -- I came from a small town in Canada, it's so wild that my dream came true and I made it."

Keeping with the "Then & Now" theme, the hosts also commented on the number of tattoos she's collected from her early days to today. "I've traveled the world -- the cupcake is from Japan... my first tattoo," she admits, "was when I was 18. It's the 'Sk8er Boi' star on my wrist."

Arguably her best-known single, and without a doubt a perfect first tat, it's just one of many singles from her seven albums that she thrilled to be performing on her current tour. What was once a dream to be able to sing a full set of her own songs, "I go on stage now and it's all my hits and singles from over the years, with the new ones. It's so wonderful... I just keep saying that this whole tour has been really magical!"

Stepping out of "Then" and moving into the "Now," Avril shared some thoughts about her recent recording of Adele's "Hello," saying she "just went in and sang it real quick. I probably could have done a better job. It was in between touring and stuff... I love that song; it's my favorite Adele song." However, looking back again, at the music that inspired her early songwriting, Avril says if there was one song she wished she had written, it would be Meredith Brooks' "Bitch." Although she's never covered it, "I should," she says with a clever tone. 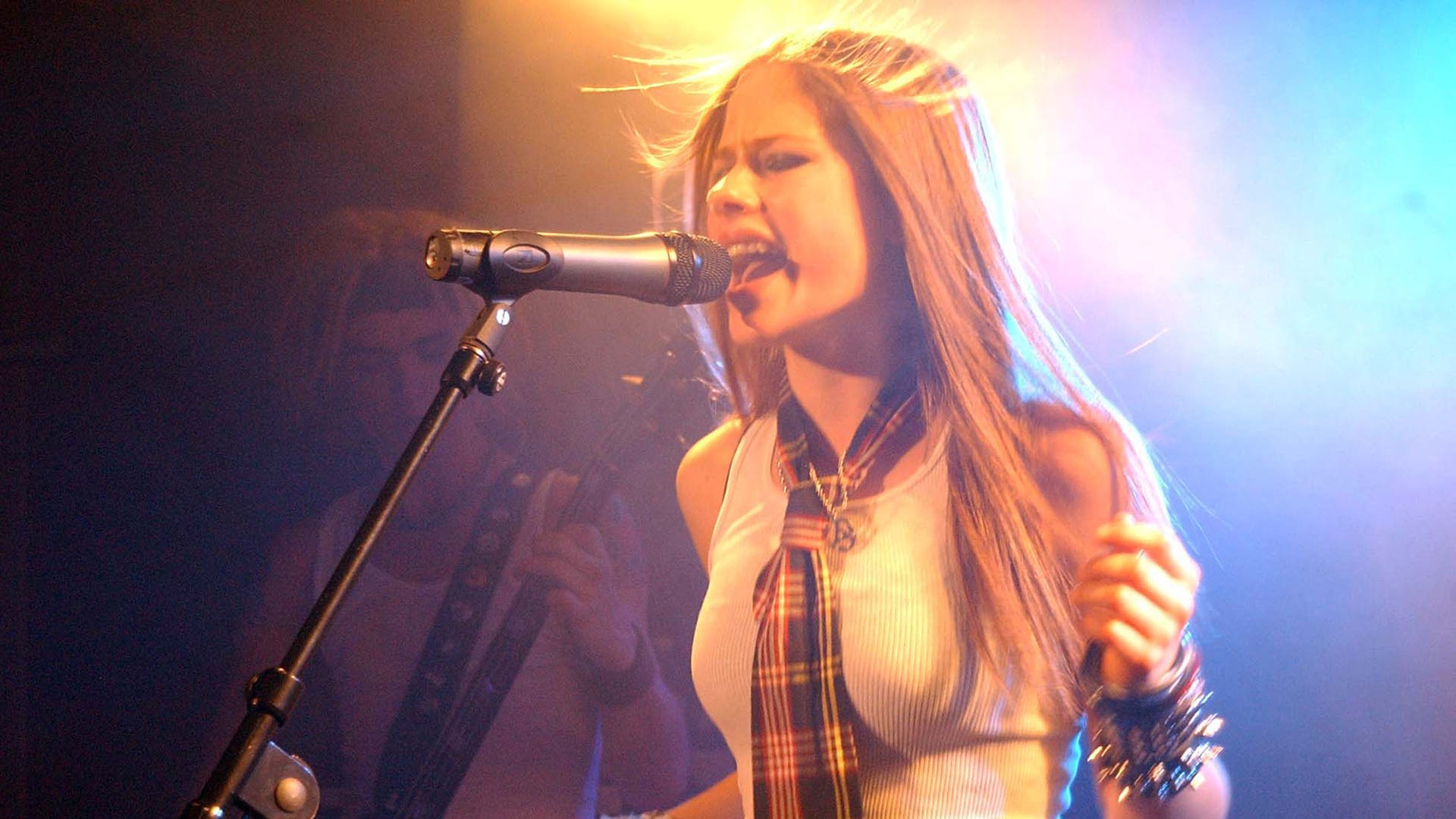 Avril's latest album, LOVE SUX, is out now, helmed by blink-182's Travis Barker, and released via the drummer and producer's DTA Records imprint. The ride has been amazing for all parties; "Travis and I worked together on [2007's] 'The Best Damn Thing' album, he played on a couple songs. Then we wrote songs and he produced songs on this album," she says. "It's been fun. It's great collaborating with other artists and he understands me. I can just pick up the phone and he's there for me, he gets me as an artist."

Listen to Gregg, Freddy & Danielle's full chat with Avril Lavigne above, and stay tuned for more conversations with your favorite artists right here on Audacy.