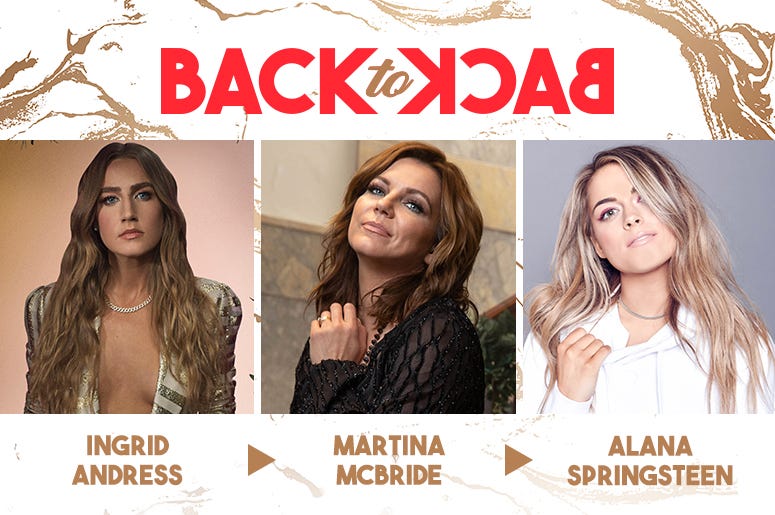 Every Tuesday at 1:30PM, Katie Neal will spotlight up-and-comers and forever favorites from the women of Country music, back to back on your favorite Audacy Country station.

After the success of her number-one debut single "More Hearts Than Mine," GRAMMY-nominated Ingrid Andress is back with her next single and title track of her 2020 album, Lady Like. In it, Ingrid addresses outdated stereotypes and her version of being lady-like.

Martina McBride - I Love You

It's impossible to think of '90s Country without the iconic, Martina McBride. Martina's first record, The Time Has Come, came out in 1992, and since then she's been inspiring up-and-coming Country artists. Featured this week with her 2000 GRAMMY-nominated hit, "I Love You."

Alana Springsteen - Trying Not To

Before you can ask, she’s not related to Bruce directly (but very distantly). Originally from Virginia Beach, Alana moved to Nashville at 14-years-old after signing her first publishing deal. She also sang the National Anthem at Wrigley Field as just 9-years-old. Alana’s newest single to Country radio, "Trying Not To" features Roman Alexander.