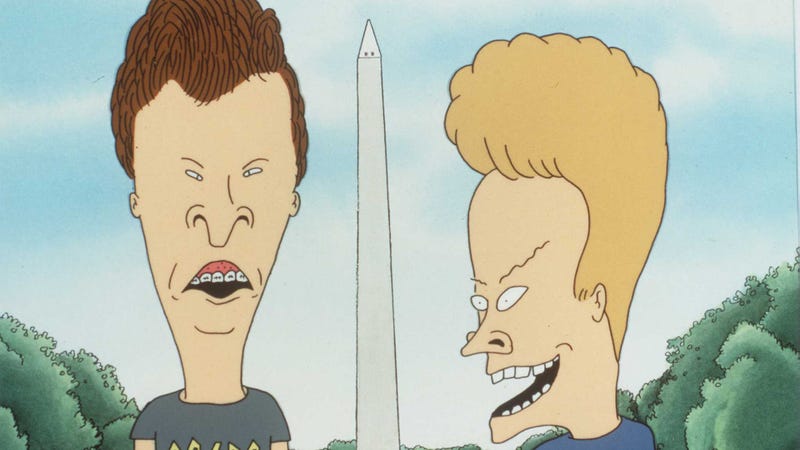 If the slow-rolling apocalypse of 2021 didn’t get you ready for the end times, this news of a Beavis and Butt-Head reboot officially in the works will surely cement the coming end of the world firmly in your psyche.

Listen to your favorite music now on Audacy and take a trip back with Megan Holiday's My So-Called 90s Playlist!

It’s been 30 years since the dynamic slacker duo did America so dirty, and boy, oh boy, did the fellas live some life in the years since creator Mike Judge unleashed them on wide-eyed MTV viewers in 1992. The boys we all grew up giggling at fart jokes with are now adults themselves and are about to be featured in a new comeback movie for Paramount+. Even better, on Tuesday (January 4) we even got to see some sketches of our anti-heroes.

Beavis and Butt-Head will be returning this year with a brand new movie and more on Paramount+. No exact date yet, but soon. They need some time to get back in shape. pic.twitter.com/tN5rePP9Kn

“Beavis and Butt-Head will be returning this year with a brand new movie and more on Paramount+. No exact date yet, but soon. They need some time to get back in shape,” Mike Judge explained in a tweet that showed off a brand new set of pencil sketches of the aging pals.

Butt-Head looks as if he’s been spending his time and money at Burger World for the last few decades, gaining quite a bit of weight while losing just about the same amount of hair. Beavis, on the other hand, looks surprisingly similar to how we all remember him, albeit more wrinkled and sporting a pair of reading glasses. Probably an effect from all those times he made himself dizzy.

"It seemed like the time was right to get stupid again," Judge told Variety back in 2020 when the idea came about. Paramount+ will now be the home of the reboot film, a follow-up to the characters' only big-screen release, 1996's Beavis and Butt-Head Do America.

In addition to the new flick, spinoffs are also in the planning stages with Comedy Central ordering two seasons, with Judge writing, producing, and providing voices for many of the characters once again.