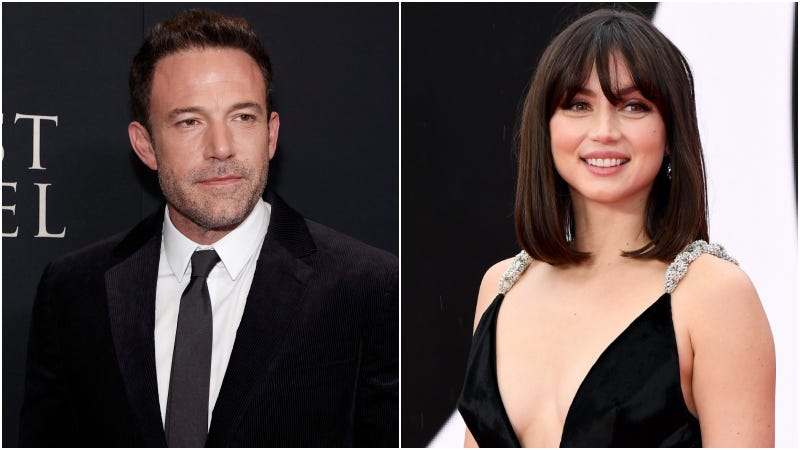 Jennifer Lopez may not want to see this!

“Why are you the only man that wants to stay with me,” de Armas’ character Melinda asks her husband Vic (Affleck) at the beginning of the clip. “I don’t know,” he responds.

Things take a turn as de Armas is seen flirting with different men at a party and in a swimming pool as Affleck looks on. In one scene, she begins to undress in a car being driven by “Euphoria” star Jacob Elordi.

"You wanna tell me why you didn't come home last night?" Affleck then asks. “Not really,” de Armas nonchalantly says while removing her heels.

The sultry shenanigans get more sinister when de Armas begins to scream while banging on a door as a man’s body is pulled from a pool.

"The truth is, if you were married to anyone else, you'd be so bored you'd kill yourself," de Armas says as a montage of sexy, scary, and harrowing events flash across the screen.

The clip ends as de Armas asks Affleck, “Do you think we’ll ever be just happy?”

Affleck and de Armas, 33, began dating in 2019 after meeting on the film. The couple were together for more than a year before splitting in January 2021.

Months later, Affleck rekindled his romance with Jennifer Lopez after initially breaking up 17 years prior. Since ending her relationship with Affleck, the "Knives Out" actress has been linked to tech executive Paul Boukadakis.