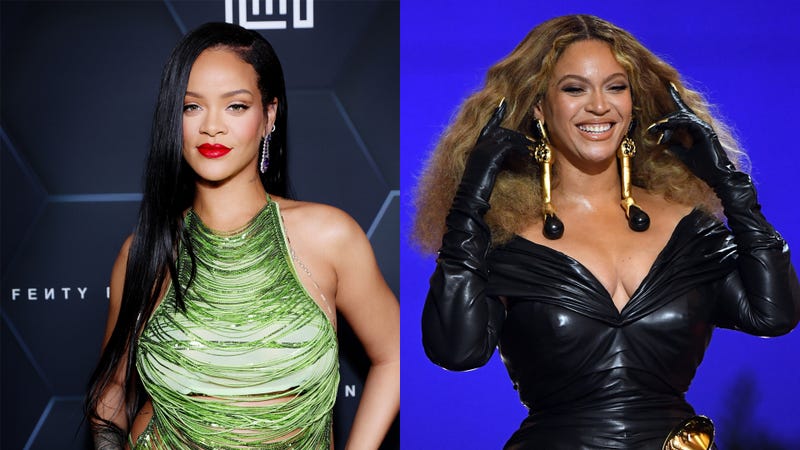 Another year, another Savage X Fenty Show. This year was Vol. 4 and once again Rihanna upped the ante, serving up surprise appearances from A-list celebs, and RiRi’s already thinking about her dream list for next year’s show.

When asked who would make her dream list by E!, Rihanna succinctly answered, “Beyoncé,” and to that we also have one word — Agreed.

“I mean, Beyoncé got body,” she added. “That would just trump everything for me.”

Also as always, Rihanna enlisted a number of musicians to perform. In past years, musical entertainment included performances by Halsey, Migos, Rosalía, Jazmine Sullivan and more. While this year saw Anitta, Don Toliver, Maxwell and Burna Boy take to the mic.

So thoughts? What are the odds Bey makes Rihanna’s, and for that matter our, dreams come true at the next Savage X Fenty show?