With Kamala Harris secured as Joe Biden’s running mate, and everyone gearing up for the election in November, The Democratic National Convention has released a fiery musical lineup that is sure to inspire you to get out the vote.

Billie Eilish, John Legend, The Chicks, Leon Bridges, Common, Jennifer Hudson, Billy Porter, Maggie Rogers, Prince Royce, and Stephen Stills are all set to perform on a presumed “virtual” stage throughout four nights of the convention. The DNC begins on August 17 and runs until the 20th. 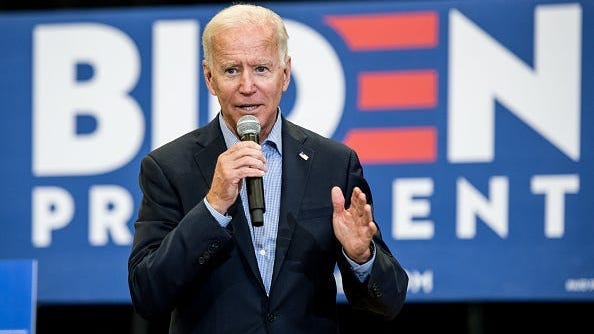 The Democratic National Convention Program Executive, Stephanie Cutter shares, “these artists are committed to engaging with, registering and mobilizing voters to get us over the finish line in November.” Additionally Cutter explains that this year the convention will be vastly different than conventions in years prior. Due to the nature of how we are living during the pandemic, the convention will be more readily accessible to all Americans. The event will be televised and all performances will likely occur virtually.

The DNC has chosen this group of artists in hopes of drawing in Americans who have not been as engaged with voting before this election, or who have not tuned into a convention before.

The event will be held in Milwaukee, however, it is presumed that artists will perform from the city they are located in. Organizers of the DNC have urged members of Congress and delegates not to attend the event in order to keep the spread of coronavirus at bay.