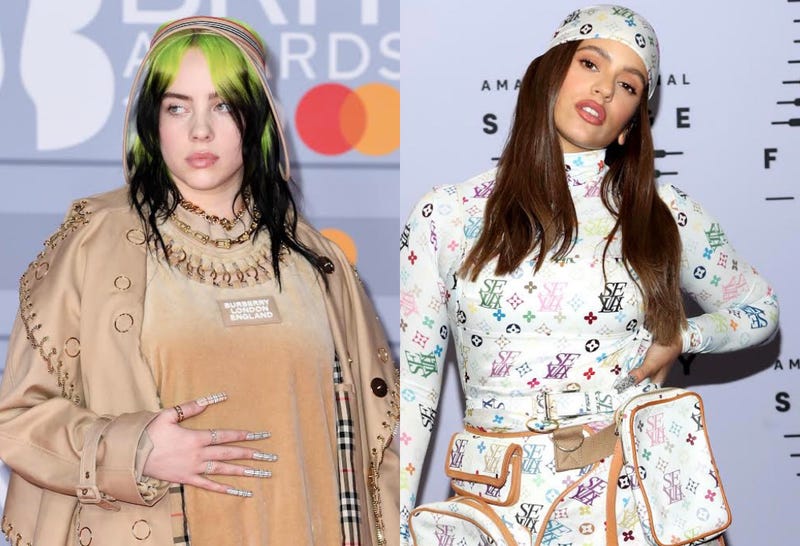 After talk about collaborating for over a year and teasing fans with a possible partnership, Billie Eilish and Rosalia are finally teaming up to give us a brand new song together.

“Lo Vas a Olvidar (You Will Forget Her),” arrives this Thursday, January 21, and will be part of the soundtrack for HBO’s hit series, Euphoria during “Part Two: Jules.” Billie took to Instagram to share the highly anticipated news, writing, “You guys have been waiting for this,” alongside a clip that features a teaser and preview of the new song.

In March of 2019, Rosalia hinted at the duo’s joint effort after Tweeting a photo of her and Eilish together saying, “can’t wait to finish our song.” During an interview following the March 2019 tweet, Rosalia told Zane Lowe, “I have been trying to finish the Billie Eilish collab. I think it’s getting quite close.”

The new track will arrive at 12 PM ET on Thursday with a music video as well. Both Billie and Rosalia shared a teaser for the upcoming music video on their Instagram accounts too.