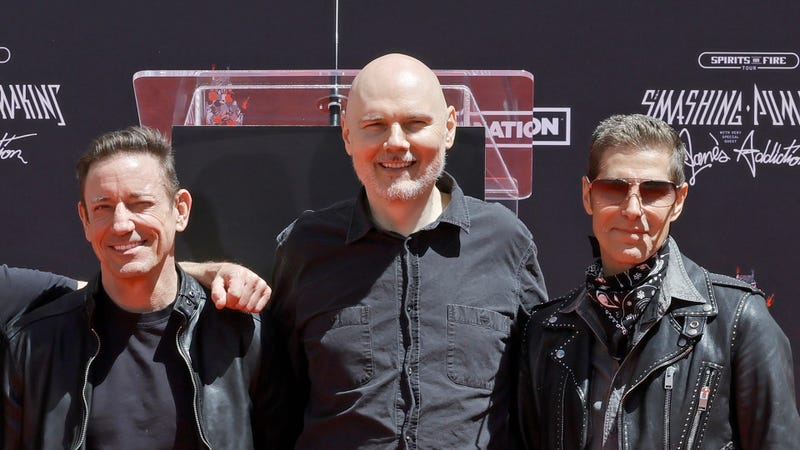 Smashing Pumpkins frontman and Chicago native Billy Corgan, alongside his partner Chloe Mendel, joined Audacy’s Marty Lennartz at WXRT to discuss the upcoming ‘Together And Together Again’ virtual concert happening on July 27 to support victims of the July 4, 2022 mass shooting in Highland Park, Illinois.

Benefiting the Highland Park Community Foundation’s July 4th Victims Response Fund, Billy and Chloe, both longtime residents and members of the Highland Park community, have announced they will be hosting this special live-streamed benefit show at their plant-based tea-house and performance space, Madame Zuzu’s, located within one block of the tragic scene, with the goal of gathering as not only a community but a nation, and heal through music. Podcast: Everything you need to know about the Highland Park shooting

"We're excited about the lineup and we just want to have a beautiful night of music and hopefully bring some great international level music to Highland Park and kind of heal people a little bit because the trauma up here is almost hard to put into words," Billy explains. "Our hearts are broken for those who were killed and shot, but beyond that, as the mayor said yesterday on Capitol Hill, 3,000 people were at the parade. We've talked to hundreds of people at this point and the level of trauma down into the children that were there, it's just like an echo that keeps going, and going, and going."

Fans and supporters can watch via the Smashing Pumpkins’ YouTube channel, while donating has been made simple through the click of a button during the livestream.

Funds will be donated to the Highland Park Community Foundation established July 4 Highland Park Shooting Response Fund with all contributions going directly to victims and survivors, or the organizations that support them. Additionally, merchandise featuring the renowned artist Gary Baseman will be sold at togetheragainhp.com with proceeds being donated to the same organization.

Watch XRT’s full chat with Billy and Chloe above, and CLICK HERE for more information on the benefit including how to donate.