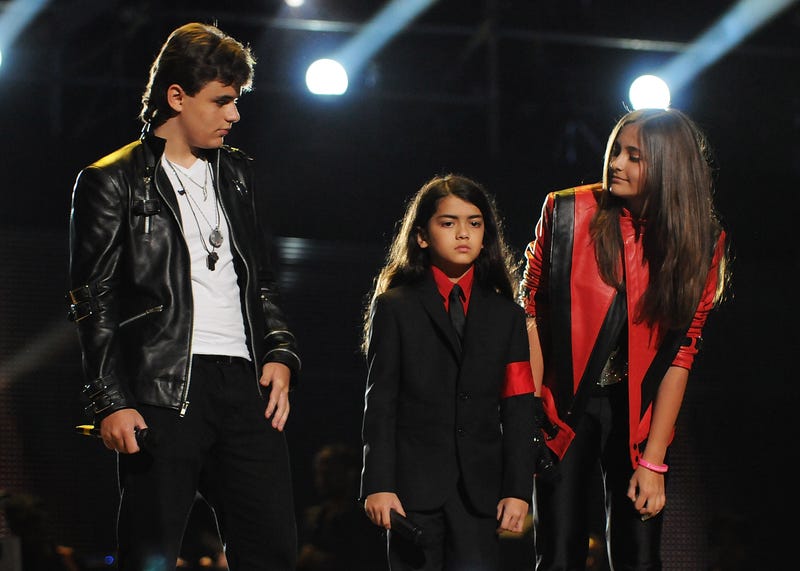 Michael Jackson’s son, Bigi, is speaking to the public 12 years after his father’s death.

The now 19-year-old, formerly nicknamed, Blanket, has kept a low profile throughout his childhood, but on Monday, November 1, Bigi gave a rare interview with Good Morning Britain.

During the conversation, Bigi took viewers through a room brimming with Michael Jackson memorabilia while reflecting on his father’s legacy and career, 12 years after his sudden passing.

Bigi, formerly known as Blanket, is using his voice to call on world leaders to tackle the problem of climate change as COP26 begins. pic.twitter.com/920Zlk4usK

The younger brother of Prince and Paris Jackson said, "there's a lot of really cool stuff here. I think there's a lot of history in this house and studio here. And that's what he was all about and that's just kind of what each of us want to do... make things that people hopefully enjoy, but also can benefit their lives."

During an October 28 interview with Good Morning Britain, Prince also shared the advice that their father gave them, explaining, “When we were growing up, my father would say, ‘We could have nothing, but you look around in this room, your brother, your sister, and me, that's all you'll ever have.’”

The 24-year-old continued, “And that always stuck with my siblings and I, and we have such a close relationship. Because I'm the oldest, my father would always tell me [that] I have to make sure that the group is taken care of and that I have to be the leader and lead by example.

“But, after his passing, and us being thrown into the 'real world my siblings honestly—they picked up the slack that I, unfortunately, left behind."

Although Prince shares an age difference with Bigi and Paris he noted that “it doesn't really feel like there's” an age gap between them anymore now that they are all adults and embarking on new paths.