The stars aligned over the weekend to bring some joy to the hearts of the graduating class of 2020.

During YouTube’s virtual Dear Class of 2020 event to celebrate this year’s graduates forced to be apart due to the ongoing COVID-19 crisis, U2 front man Bono was on hand to present a celeb-filled cover of the band’s turn-of-the-century classic, “Beautiful Day.”

The singer and activist took the chance to offer a positive outcome through all of the turmoil the US, and in turn the world, is witnessing amid ongoing social justice protests.

“As an Irishman, I’ve always believed that America is not just a country, it’s an idea, it’s a dream that belongs to the whole world,” Bono began.

“Now I know in recent times the world has been reminded that America is an idea that doesn’t even belong to a lot of Americans, and that for many Black Americans, Lady Liberty’s torch is far from a beacon of hope, it’s often a flashlight in the face.

“Now there were storm clouds over Dublin when U2 recorded ‘Beautiful Day’ — things were not as they might have been. But the song is not a description of where we were at. It was a prayer for where we could go,” he explained.

Bono laid the responsibility of change at the graduates', and all of our feet, with a call to get out and vote. 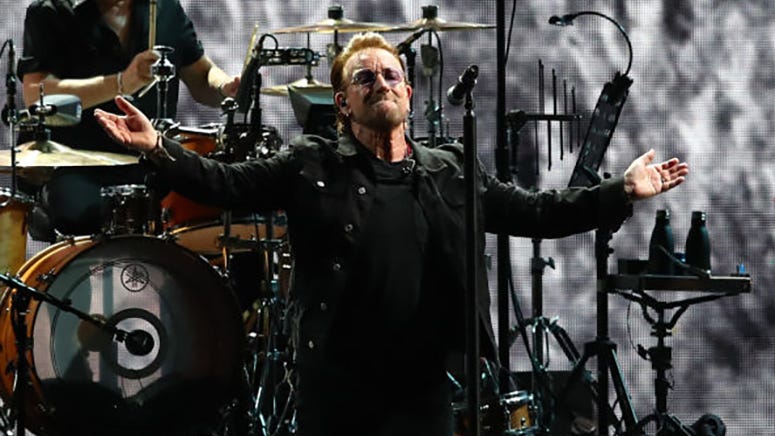 YouTube's event brought stars from all across the board, notably, Beyoncé who gave a moving and empowering commencement address saying, "you have arrived here in the middle of a global crisis, a racial pandemic, and worldwide expression of outrage at the senseless killing of yet another unarmed black human being. And you still made it. We're so proud of you."