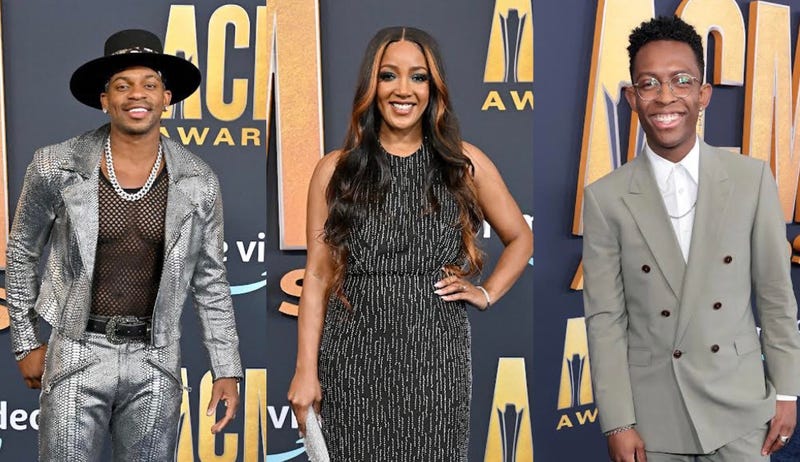 Breland, Mickey Guyton and Jimmie Allen are all set to be featured in Amazon Music’s latest documentary, For Love & Country. The upcoming film will detail Country’s music’s historical evolution all from the perspective of Black artists in the genre.

Listen to all your favorite Country stars who were nominated at this year's ACM Awards! ACM Nomination Station is streaming on Audacy.

Ahead of the documentary’s release, Guyton noted, “I've always believed in the old saying, 'If you can see it, you can be it.” She added, “However, it's no secret there has been a lack of representation of Black artists in mainstream Country music for years. That's why I hope little Black girls growing up now can see us, artists like Brittney, Reyna, Amythyst, Allison, Valerie, Frankie and me, and know they have a place here in Country music. We all do."

Solo artist and member of Our Native Daughters, Amythyst Kiah is lending her song “Black Myself” to the documentary’s soundtrack. The song appears on OND’s project, Songs Of Our Native Daughters. Additionally, Kiah included an uptempo version of the track on her 2021 solo project, Wary + Strange.

The film, which was directed by Joshua Kissi, is set to debut on April 7. The documentary’s trailer highlights key interviews and performance footage from the artists mentioned above.

Watch the For Love & Country trailer below.