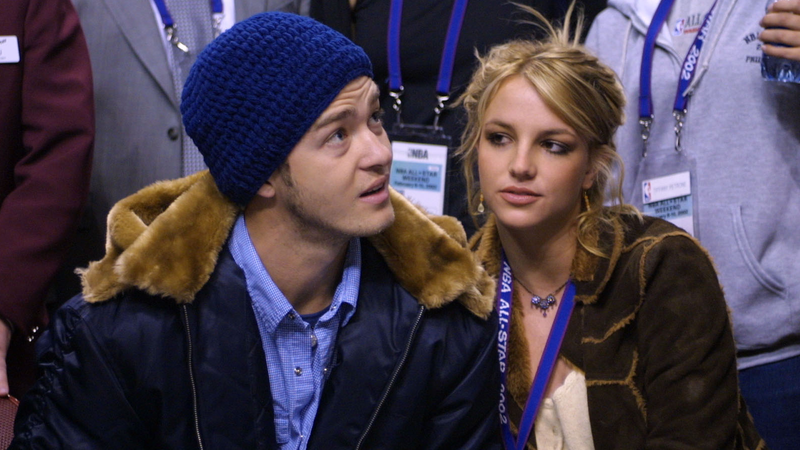 Britney Spears wants to know if you like her dress, but also wants you to know that Jesus is not here for her ex-boyfriends former toxic behavior, and shared a recent calling she had about it, in a now deleted post.

Despite previously posting dance videos of herself to some of ex Justin Timberlake’s hit songs, Brit Brit seems to have changed her tune about JT, and took to social to put him on blast for “using” her name to sell his 2002 break-up record Justified.

As Spears shared in the since-deleted IG post, she had a calling, wherein Jesus spoke to her about all those who betrayed her in the past.

Starting with her mother, she wrote Jesus said to her — “Your mom had a serving with her book at the exact time when you needed her most …all for WHAT ??? FAME and ATTENTION!!!!”

Some context, for those who don’t know, in 2008 Britney’s mom released Through the Storm: A Real Story of Fame and Family in a Tabloid World, which delved into her famous daughter’s public struggles with the media and her mental health.

The “Toxic” singer moved on to Timberlake next, noting the Lord claimed —  “Your ex did the same thing … he served with his first album using your name claiming you did him dirty!!!”

OH WE ARE LATE BUT BRITNEY SPEARS ABSOLUTELY HATES JUSTIN TIMBERLAKE AND WE ARE HERE FOR IT pic.twitter.com/lWExiMEpuJ

Again for context, the former IT couple dated from 1999 - 2002 when cheating allegations on Britney’s behalf surfaced. Whether they were true or not, we’ll never know, but Timberlake side of the story remains it is, which he artistically conveyed with the release of his hit heartbreak track, “Cry Me a River,” that same year, which featured a Britney look-alike in the music video.

The couples early aughts drama was resurfaced in 2021, at the hight of the Free Britney movement, with release of documentary Framing Britney Spears. As a result, Timberlake issued an apology statement, in which he brought up both his past with Britney as well as the Janet Jackson nip slip 2004 Super Bowl performance debacle, which was also awakened by the media at the time.

“I am deeply sorry for the times in my life where my actions contributed to the problem, where I spoke out of turn, or did not speak up for what was right,” the “Mirrors” singer wrote in February 2021. “I understand that I fell short in these moments and in many others and benefited from a system that condones misogyny and racism.”

Timberlake also spoke in favor of Britney conservatorship battle after her tell-all statement to Los Angeles Judge Brenda Penny, in which she blasted her family for being “abusive.”

“After what we saw today, we should all be supporting Britney at this time,” Timberlake tweeted. “Regardless of our past, good and bad, and no matter how long ago it was… what’s happening to her is just not right,” he continued. “No woman should ever be restricted from making decisions about her own body.”

After what we saw today, we should all be supporting Britney at this time.

Regardless of our past, good and bad, and no matter how long ago it was… what’s happening to her is just not right.

No woman should ever be restricted from making decisions about her own body.

Also in the Instagram post, Britney went on to mention claims about her issues with her sister, but duh.