BTS has just kicked off a week-long Tonight Show takeover that we can’t stop thinking about. The mega K-Pop group has released multiple official remixes of “Dynamite”, but their most recent remix with The Roots was nothing short of incredible.

On screen, we watched as RM, Jin, Suga, J-Hope, Jimin, V, and Jungkook started bopping to the disco-inspired tune, while The Roots began to accompany the band with beatboxing, instrumentation, and percussion. The colorful and retro-inspired video even featured signature touches of Jimmy Fallon’s sense of humor.

The joyful collab is just one more example of how BTS has been working endlessly to keep their fans entertained in lieu of touring. Each evening BTS will accompany Fallon virtually to deliver performances, chat, and take part in skits. 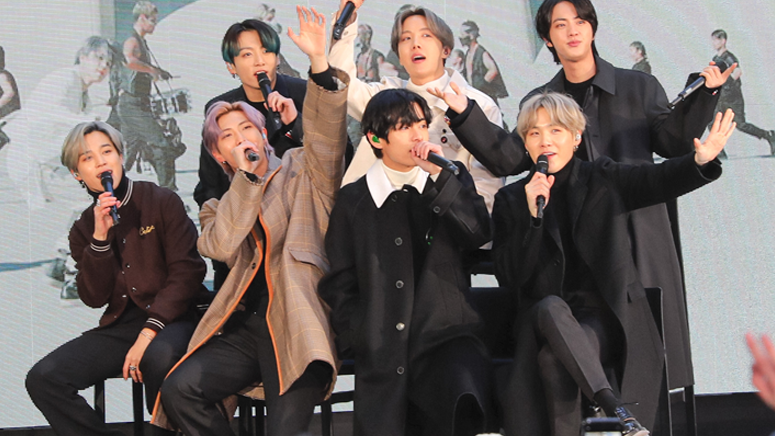 Additionally, on Monday evening, the boy band served us a never before seen rendition of ‘Idol’ that had the Army going wild.

BTS is gearing up for the release of their next album BE, which debuts on November 20. BE is the follow up to the ultra-successful Map of the Soul: 7.

Stay tuned as we announce our own exciting news about BTS.

We have a very special @bts_twt announcement tomorrow for the #BTSArmy! Stay tuned…💜 pic.twitter.com/jGs94pAAjX