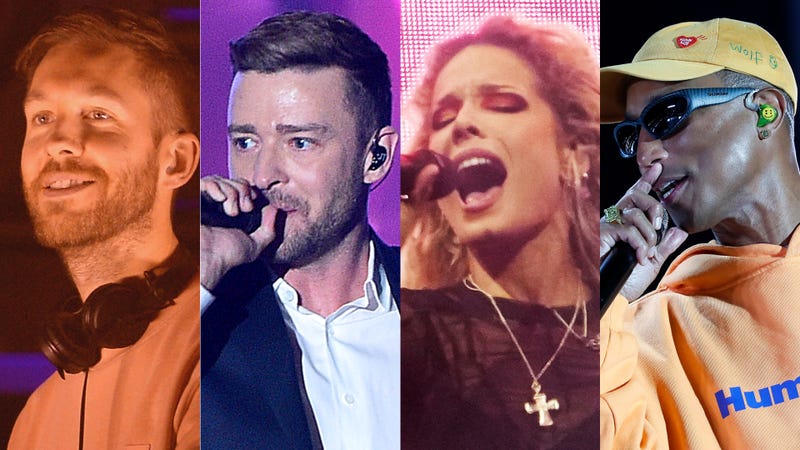 Calvin Harris’ track record of getting superstar features is beyond impressive. With a list of collaborators that already includes Rihanna, Katy Perry, Dua Lipa, Big Sean and many more. Harris once again puts his star gathering power to good use, enlisting Halsey, Justin Timberlake and former collaborator Pharrell Williams, as features on his latest single, “Stay With Me.”

The newest disco-influenced bop, and it’s accompanying psychedelic music video, extends the 70s SoCal vibes Calvin’s new album promises. With bountiful bass and groovy guitar, “Stay With Me” slaps from even before the first note of Halsey ethereal voice.

“Hey, it's a mess out there / They can leave, but we don't care / We'll stay, I'm good right here / I’ve been waiting for you all year/ Come play, make a mess right here/ Do whatever, I like it weird/ Okay, let ’em disappear/ Say whatever you want to hear/ Just stay,” Halsey sings.