Celebrities, they’re just like us. Lol, not exactly, but one thing is for sure, we’re all just looking to find love in this hopeless place (right Riri?). And while some prefer the old school method of meeting in person, others aren't opposed to shoot their shot in a more digital way, by sliding into someones DMs.

Some of the relationships have stood the test of time (and social media), while others, not so much. Check out the list of celeb couples that got their start down in the DMs. 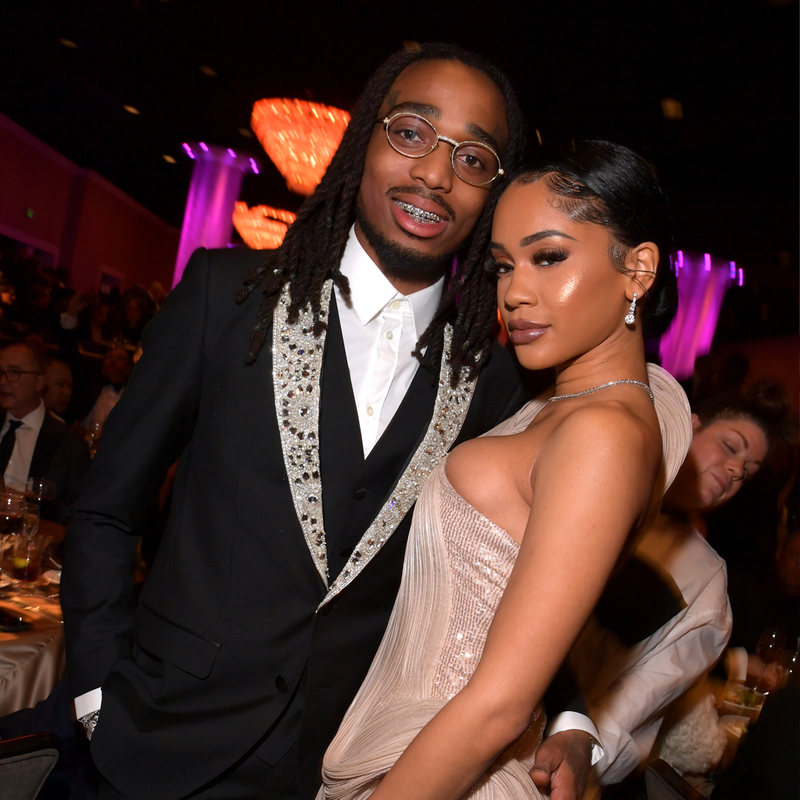 For those wondering how one of hip hops favorite couples Quavo and Saweetie got together, we’re here to tell ya, it went down in the DM, duh. The platform of choice, in this case was Twitter, and Quavo slid in with a simple snowflake, most likely in reference to single and persona "Icy Girl.” What started off a short conversation blossomed into a full on romance that has proved to be way more than just a fling. 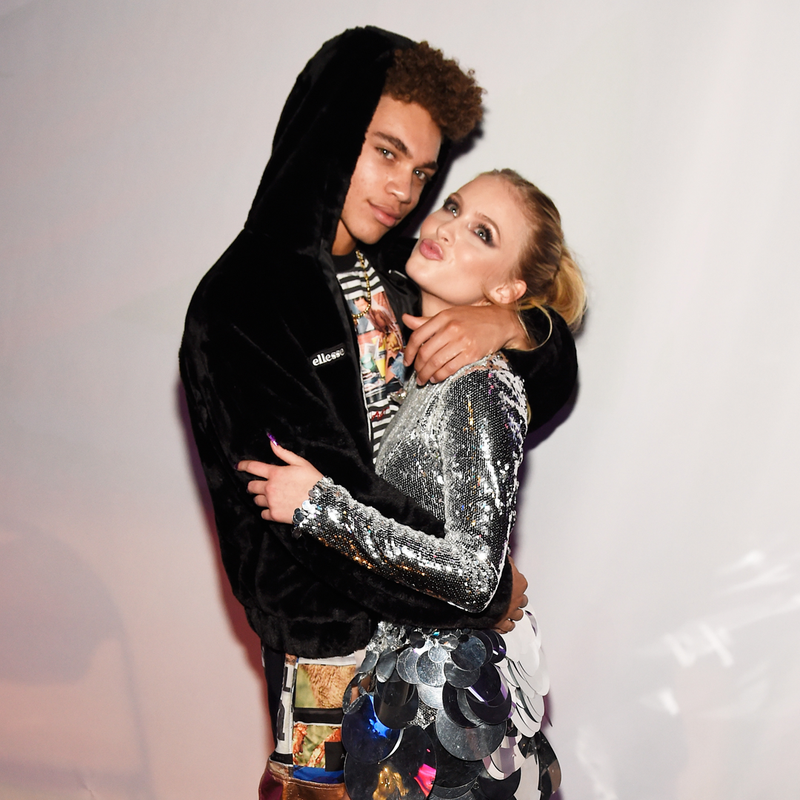 For Zara it was love at first sight, except before she could do any sliding and in this particular case cooking, she had to take it a step further than the direct message, she first had to find out who her cyber crush was. Confused? Let us explain. In 2017 Zara tweeted two shirtless photos of model Brian Whittaker asking, “Who are you, where do you live, how old are you, why are you so fine, how do you like your eggs cooked in the morning?” The bold move ended up paying off, and she not only found out his name, but also that he likes his eggs scrambled. 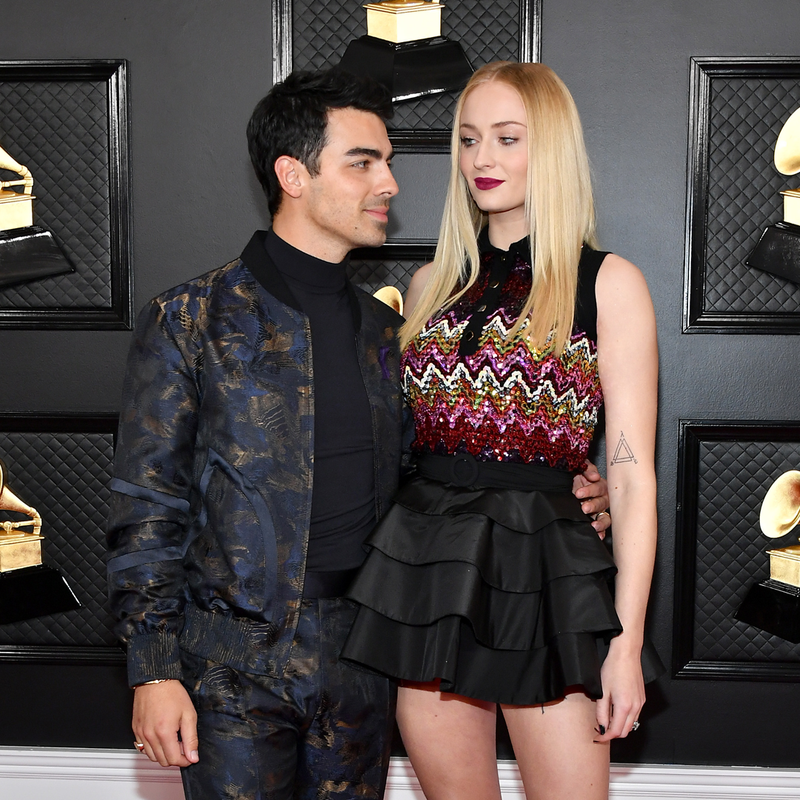 Joe made the first move, sliding into Sophie’s DMs on Instagram. Sophie spilled the deets to 'Harper’s Bazaar UK' in March 2019. “We had a lot of mutual friends, and they’d been trying to introduce us for a long time,” the 'Game of Thrones' actress explained. "We were following each other on Instagram and he direct messaged me one fine day, out of the blue.” The year was 2016 and the couple started dating shortly after. Within about three years time, things went from down in the DMs to married in Vegas by Elvis (well an impersonator that is). 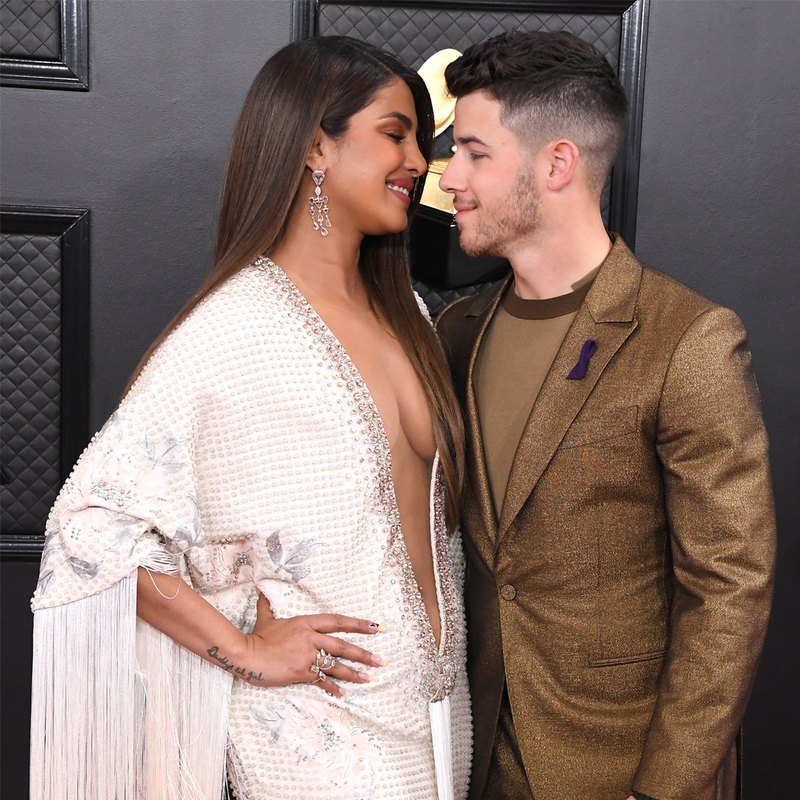 Taking a page out of big bro’s playbook, or maybe it was the other way around, Nick decided to shoot his shot with Priyanka by DM-ing her on Twitter way back in 2016. Writing her, “I’m hearing from a few mutual friends that we should meet,” to which she responded to right away saying, “My team can read this. Why don’t you just text me.” After flirtatiously texting, they finally met in person a week before the 2017 Vanity Fair Oscar Party. Fast forward a year, and the two were blissfully wed in multiple lavish wedding ceremonies and as they say, the rest is history. 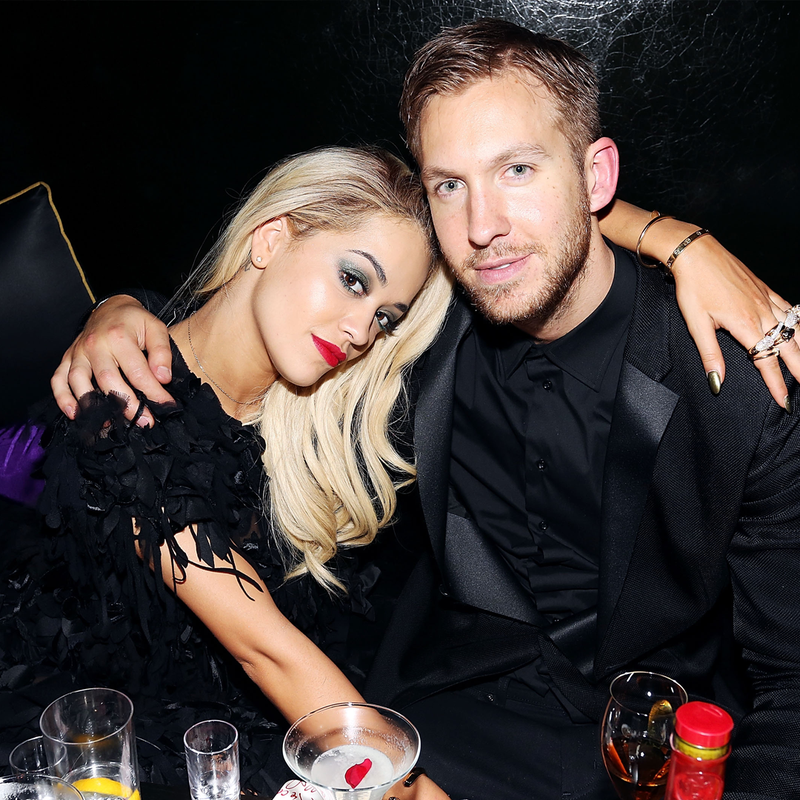 Ironically, Rita Ora and Calvin Harris’ love started and ended on Twitter. After exchanging messages the former couple got together IRL and began a yearlong romance from 2013-2014. Unfortunately things didn’t end as tweetly as they began, the two had a pretty messy break-up, which Harris announced on Twitter and then later prevented Ora from performing "I Will Never Let You Down" at the Teen Choice Awards... because he wrote it. Like we said, the split was very ugly. 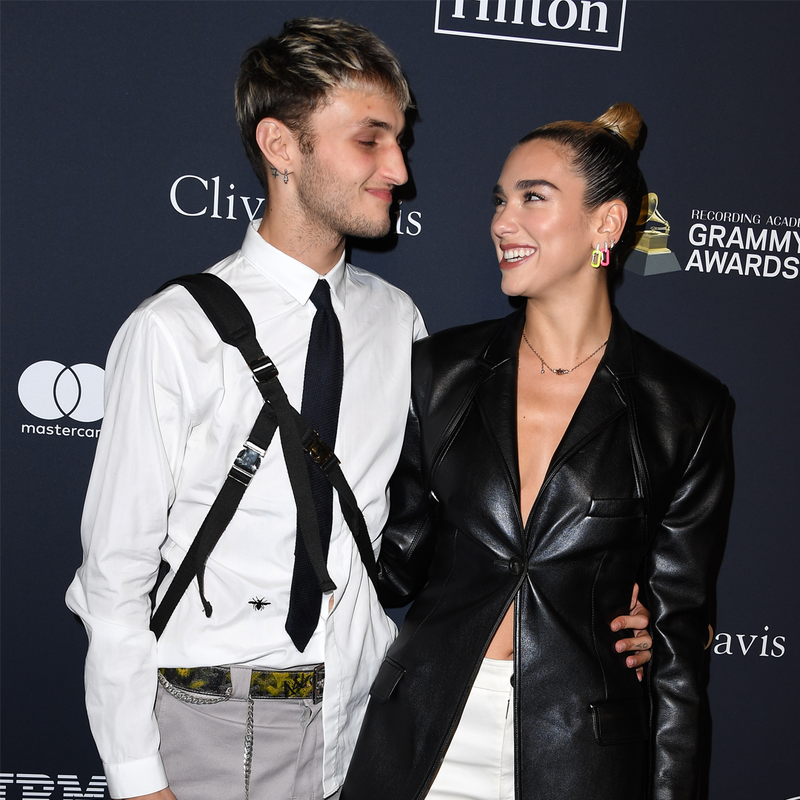 On an episode of 'Watch What Happens Live!' Dua divulged to Andy Cohen that sliding in the DMs of current boyfriend Anwar Hadid is actually how it all began, saying, “I definitely did that.” Dua then added that they did meet beforehand, explaining, “No, we actually met at a barbecue. But then it carried on onto DMs.” Looks like one DM is all it takes for Dua to "Be the One" for Anwar. 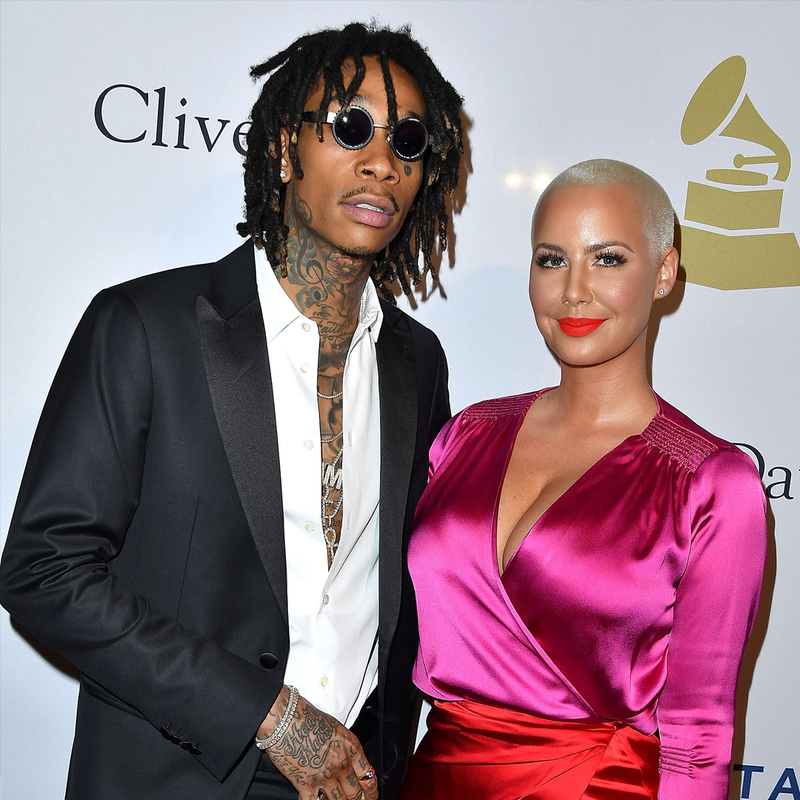 Ready for this modern day fairytale? Well in went down in 2011, but still. Once again, trusty ole’ Twitter came in clutch for Amber Rose, who decided to make a move on Wiz after she heard one of his interviews. “He did an interview about me and the guy who interviewed him asked, ‘If there was one girl in the world who would you be with?’ He said ‘Amber Rose,’” she revel to 'US Weekly,' “and then I hit him on twitter, and I said, ‘That’s really cute’ and we fell in love!” By 2012, the two were engaged and year later they became parents and then married. After three years of marriage the two divorced, however they remain great friends and co-parents to their adorable son Sebastian. 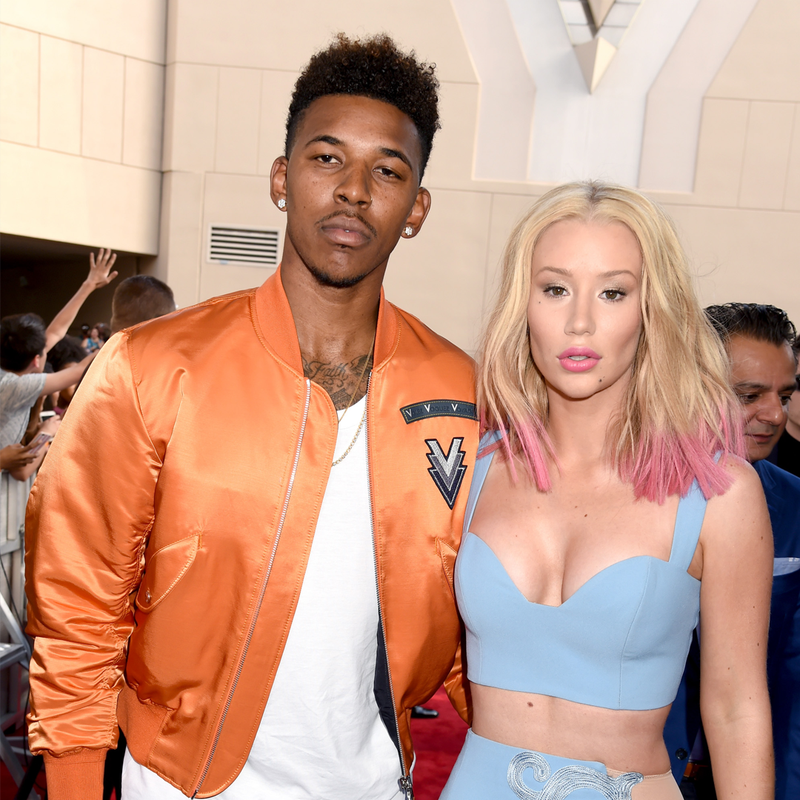 For Nick and Iggy, the beginnings of their relationship began in 2014 with a simple hashtag. Young made the first bold move and tweeted a pic of the Australian rapper for #WomanCrushWednesday. Iggy took notice and messaged him, leading to the pair meeting IRL, which according to 'TMZ' was a jaunt through Target (maybe they are just like us). Sparks flew and the two made it official, and a year later, in 2015 Nick proposed on his 30th birthday. About one year and a cheating scandal after that the relationship ended almost as quickly as it began.