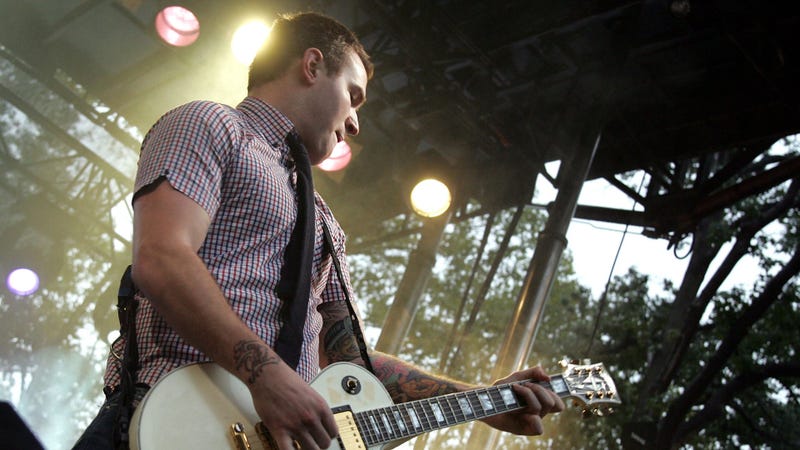 New Found Glory guitarist Chad Gilbert took to Instagram to share the news that he’s been diagnosed with pheochromocytoma, a rare form of cancer, and has been in the hospital for the past two weeks recovering from emergency surgery.

“On December 5th, my wife found me unresponsive in bed,” Gilbert opened his lengthy post.

“I’d been waking up drenched in sweat the last few days and we thought I was sick. Not being able to wake me, she called 911 and performed CPR and mouth to mouth. Apparently I was doing something called ‘agonal breathing’ and was minutes from death. I woke up with 7 paramedics surrounding my bed. I was so confused. My blood sugar somehow dropped to 20 and if my wife hadn’t found me, I would’ve fallen into a coma or died.”

In the hospital, Gilbert underwent a CT scan, which revealed a malignant tumor that had grown from his adrenal gland onto his liver. “It was huge,” the New Found Glory guitarist continued. “Which made my Pheochromocytoma even more rare since they usually are benign.”

Gilbert underwent surgery to remove the tumor on December 13th, which he reports as a success. “The joy and excitement from all the nurses and doctors involved was super emotional,” he wrote.

“The night of the 15th I was moved from the ICU to the Cancer Center. There I recovered from surgery,” Gilbert continued.

Gilbert says that he’ll find out what future treatment is needed in the weeks, but in the meantime, he’ll be able to return home.