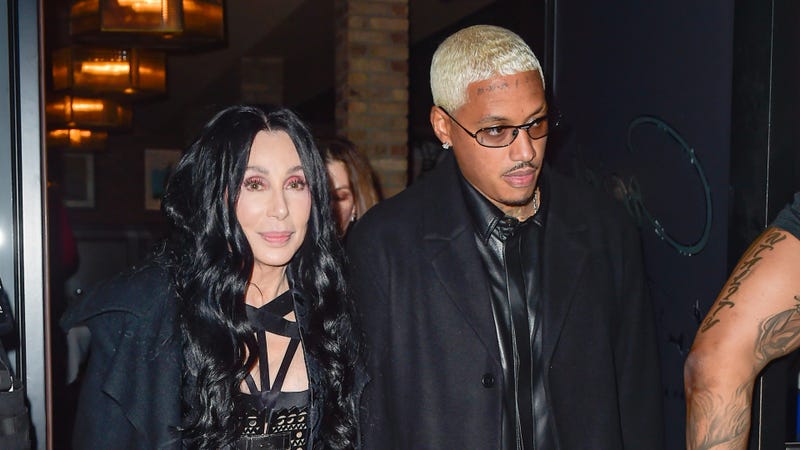 Cher and her new mans have no desire to turn back time, and are perfectly content with their 40 year age gap — no matter what the internet has to say about it.

Listen to Cher Radio and more on the free Audacy app

After someone replied to Cher’s tweet of adoration, asking "Is this your new man?," to which she replied with the smiley-hearts emoji, she also affirmed she met Edwards during Paris Fashion Week.

Then after another fan felt obliged to express their "immediately suspicious" thoughts of A.E.'s "intentions towards" Cher, she felt the need to retort with much more than just one syllable.

Noting she’s “WASNT BORN YESTERDAY,” and is well aware that while “There Are No Guarantees” taking chances is part of  “WHO I Am.”

Then after one a slew of tweet replies, including the since-deleted response captured by The Shade Room, of Cher noting to an inquiring fan that "LOVE DOESN'T KNOW MATH, IT SEES ❤️ ❤️., Cher followed up with another tweet insisting she wasn’t "defending" her and A.E., adding one very important point, which is, at the end of the day "Haters are Gonna Hate... Doesn't Matter That We're Happy & Not Bothering Anyone."

As we All Know …I WASNT BORN YESTERDAY,& What I Know For Sure…There Are No Guarantees. Anytime you make a Choice You Take a Chance.I’ve Always Taken Chances…It’s WHO I Am

For those curious about who Alexander Edwards is, here’s what we know. He's an artist on Tyga’s (Kylie Jenner’s ex) independent label Last Kings Records. Romantically he was last linked Amber Rose (Wiz Khalifa and Kanye West's ex) with whom he shares a 3-year-old son names Slash.