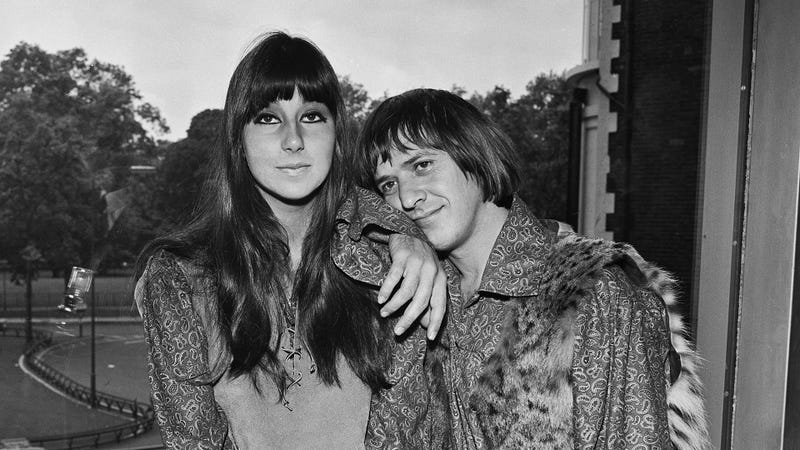 Sonny and Cher were married in 1967 and rose to stardom during the length of their relationship until they famously split in 1974.

Reports say Cher is claiming a breach of contract signed by herself and her ex-husband after their divorce.

According to documents, a "1978 marriage settlement agreement" between the estranged couple, Cher claims, shows they both "agreed to equal division of their community property."

"When they divorced, Plaintiff and Sonny agreed to an equal division of their community property and, to that end, in 1978 Sonny irrevocably assigned to Plaintiff, as her sole and separate property throughout the world and in perpetuity, fifty percent of their rights in musical composition royalties, record royalties, and other assets," the document states.

The filing continues, "Since 1978, Plaintiff has been the unchallenged owner of her fifty percent of all musical composition and record royalties to which Plaintiff and Sonny were entitled by reason of their collaboration and marriage, including fifty percent of all royalties that Sonny, his businesses, and his successors, receive from those musical compositions and recordings."

After Sonny passed away in 1998 following a tragic ski accident, Mary Bono was appointed the administrator of his estate.

Now 40 years on, Cher's legal team is saying Sonny's widow "claims that a wholly inapplicable statutory termination provision of the Copyright Act of 1976… has undone Plaintiff's ownership of her royalties from the songs and recordings that she and Sonny made famous during their marriage, and deprived Plaintiff of other long-established rights under the 1978 agreement."

Cher also claims that around 2016, Bono "issued a notice of termination to various music publishers or other companies to whom Sonny had granted a transfer or license of the renewal copyrights, or rights under them, in the Musical Compositions, with "various effective dates of termination ranging from dates in 2018 to 2026." This "termination" was apparently done "without" Cher's "knowledge or participation," the court papers say, resulting in damages exceeding $1 million.

Cher is seeking a trial by jury. Read more here.