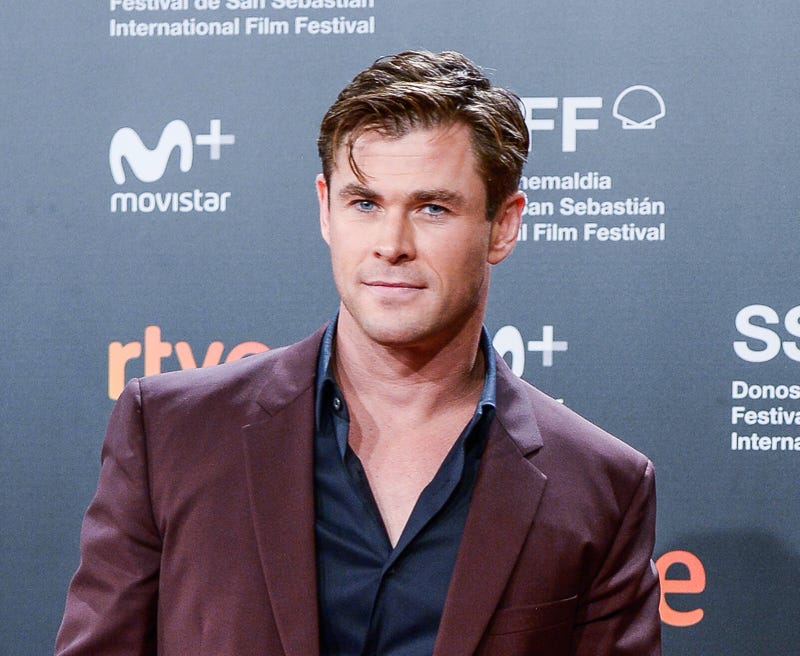 Chris Hemsworth is getting serious shade for his latest Instagram photo.

You would think getting a pic of the 37-year-old’s gargantuan arms would be the internet's action star treat of the day. But noooooo.

After the “Thor" star posted a seemingly simple shot walking down the street with one of his sons, even the cute superhero cape on the kid didn’t keep many fans from focusing on Hemsworth’s seemingly scrawny gams.

Aside from the usual trolls, Insider noted that even famous friends like Gal Gadot, Ryan Reynolds, and Josh Brolin had to snark out on the otherwise hefty Hemsworth.

Even Hemsworth’s older brother Luke made a dig on his sticks.

That comment alone got over 70,000 likes. Well fear not, Thor. Many are okay with your un-thunderous thighs because your pic has so far garnered over nine and a half million likes. So take that, Bro!

But there is some muscle man logic here. As Hemsworth explained to UK paper, The Telegraph, he’s not always Thor, you know.

"Working with my trainer,” Hemsworth said, “we consider the costume and if it shows a lot of shoulder, or are we gonna see the bicep or the traps. But you want it to be balanced, because there's probably a shirt-off scene somewhere. You don't want to look like Popeye with one section of the body blown up."

It’s the bane of every action star to have to constantly calibrate their body mass, because hey, maybe they’ll finally get that Hamlet role next time.

Hemsworth’s body double, Bobby Holland Hanton, can attest to the fact that what might look scrawny to you is a daily chore for him. As he told Insider previously, “Everyone's like, 'Wow, look at the size of him,' and I'm like, 'Yeah, it's brilliant, now I have to put on that size too. I text him and I'm like, 'Thanks very much, dude, it's going to be even harder this time.’”

So lay off people, Hemsworth’s already got a lot on his mind. His next Marvel epic, “Thor: Love and Thunder,” is currently in production and he’s working on a biopic about wrestling legend Hulk Hogan.