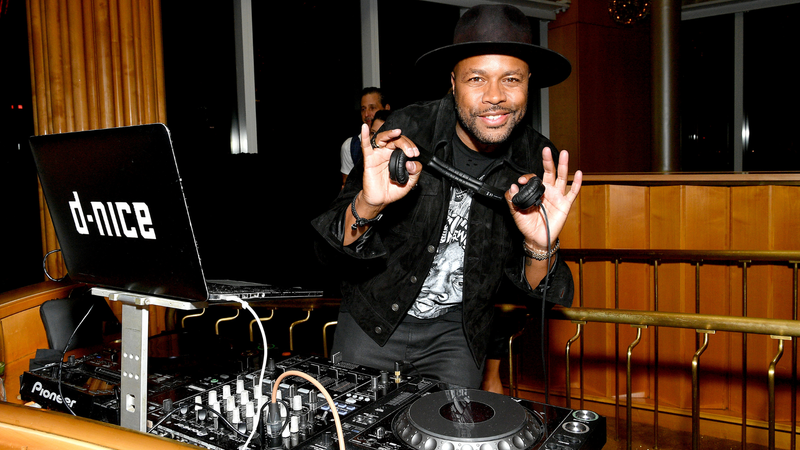 March 19, 2020 was a life-changing day for DJ D-Nice. With the world at a standstill and coronavirus running rampant, the former rapper took to Instagram Live to host ‘Club Quarantine,’ a virtual dance party that lasted hours and served as the perfect distraction for viewers, who all found a sense of comfort and community in the comments.

On the anniversary of Club Quarantine, D-Nice, alongside Ne-Yo, spoke with RADIO.COM and V-103’s own Big Tigger and the Morning Culture to discuss their new single, “No Plans For Love,” and life a year after D-Nice became the world’s favorite DJ.

“I will say this because all of the stuff I did prior to March 19th 2020 was amazing [...] but when I was sitting at home tryna figure out what life was gonna be like during the quarantine, like everyone else, I was a little nervous…,” he began. However, it was when he began playing music that he couldn’t have predicted that “it would change the world the way that it did.” D-Nice expressed, “that first day was strictly for me, but when I saw what it was doing for people and then the comments, it was like ‘I gotta keep doing this.’ And you know what’s crazy about even this song right now? When this thing blew up for me, the very first person that wanted to even go live with me for a conversation was Ne-Yo.” D-Nice considers this full circle moment as “beautiful and inspiring.”

When asked what’s next, D-Nice made it clear that he’s focused on his project and staying true to his core. “...That fact that I don’t have to pretend to be anyone else. I can just be myself, it’s just great, man. That’s what I’m looking forward to,” he expressed. Whether you’ve kept Club Quarantine in your virtual event rotation or occasionally tap into the festivities, D-Nice is celebrating this cultural reset with a 24-hr DJ set, starting today at 12pm PT / 3pm ET, followed by a ‘Live Rooms’ session featuring D-Nice and Friends. Ne-Yo also exclusively revealed that his new album will be “coming around summertime.”

“No Plans For Love,” additionally featuring Kent Jones, is currently available on all streaming platforms. Check out Tigger's full interview with D-Nice and Ne-Yo above.