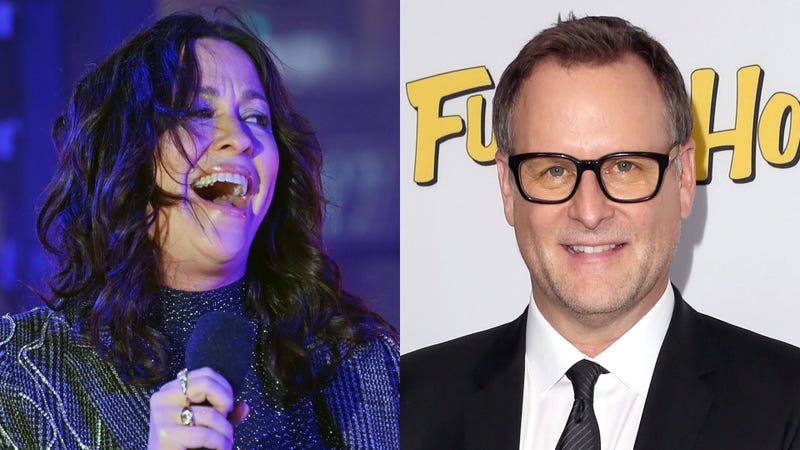 And all this time we thought Uncle Jesse was one the one we had to look out for. Turns out Uncle Joey was the one breaking hearts. And to that we only have one thing to say — cut, it, out!

For collection of songs from some of the most iconic women in the history of Alternative radio, listen to Women of Alt on Audacy now
If you didn't already know this, during his run of playing the funny uncle played on Full House, Dave Coulier famously dated Canadian singer Alanis Morissette. We say famously because well, he was infamously known for being responsible for the relationships demise of their two-year relationship. Which Morissette more than generously detailed within the scathing lyrics of her major hit “You Oughta Know,” and the rest of the songs on its top-selling album, Jagged Little Pill.
Recalling the first time he heard the song on the car radio to Faction Talk hosts Sam Roberts and Jim Norton, Coulier explained he was at first simply just enjoying the song before recognizing the singer’s voice. Claiming that once he came to the realization of who it was, his immediate thought was, “Ooh, oh no! Oh, I can’t be this guy!” Dave then revealed that his next move was to race to a record store to buy the album. After which he sat in his car and listened to it from start to finish.

“There was a lot of familiar stuff in there that her and I had talked about,” Coulier said. “Like in ‘Right Through You’ ‘your shake is like a fish.’ I’d go, ‘Hey, dead fish me,’ and we’d do this dead fish handshake. And so I started listening to it and I thought, ‘Ooh, I think I may have really hurt this woman.’ And that was my first thought.”

Despite Alanis never revealing who inspired the track, here’s what we do know. Morissette and Coulier started dating in 1992, when she was 18 and he was 33. After spending two years together they broke up and then Morissette’s album came out a year later. So yeah, the timing definitely checks, not to mention the age difference is giving us major Taylor Swift, Jake Gyllenhaal vibes, so there’s also that.