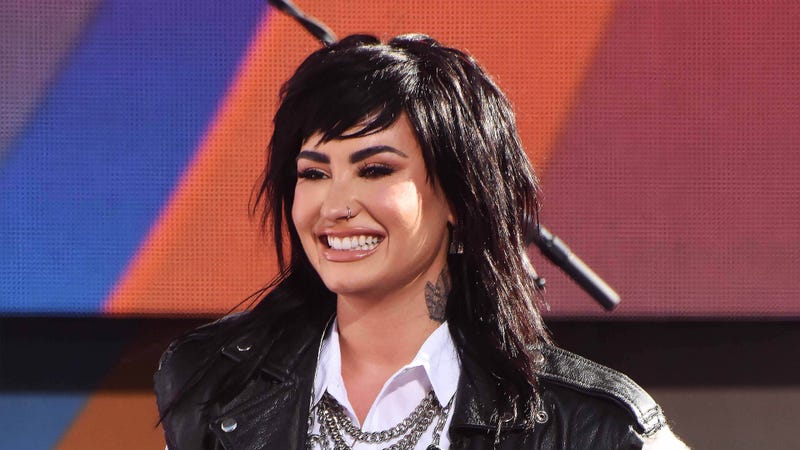 Demi Lovato’s eighth studio album HOLY F*** has officially arrived and it is stacked with grunge-y pop-punk anthems about her troubled past via roaring riffs and ferocious vocals.

Of course, anyone who grew up along and admiring the black eyeliner, emo bangs, Camp Rock Demi of the early 2000’s, surely knows this is by no means an entirely new sonic palette for Lovato. As her, dare we say iconic, debut 2008 album, Don’t Forget, and 2009 follow-up, Here We Go Again, screamed punk in the angstiest of ways, which we were and still remain, fully here for, and clearly so is Demi.

Holy F*** dials up the rock a notch for a bold return to her roots. Fusing those familiar sounds with candid lyrics along with Demi’s own experiences resulting in a sonic middle finger to her darkest moments.

Let’s get into a few of the tracks.

With an appearance from YUNGBLUD, album opener “FREAK” sets the tone with fits of guttural screams and sludgy metal guitars.

Then of course, if you didn’t already know, Demi’s been to rehab… more than once, and she’ll be the first to tell you. Which she literally did, with the opening line of the album’s first single “SKIN OF MY TEETH,” scornfully singing, “Demi leaves rehab again / When is this s*** gonna end.”

There’s also “SUBSTANCE,” which is probably the closest we get to 2008 pop-punk Demi Lovato, the much buzzed about “29,” that not-so-subtly alludes to her relationship with Wilmer Valderrama, and “FEED” for a bit of hope, and then by far the most tragically beautiful of all, “HAPPY ENDING.” And like we said, that's just a few.

Get the full HOLY F*** experience and listen to the entire album below, and all of your Demi favorites on Audacy's Demi Lovato Radio.