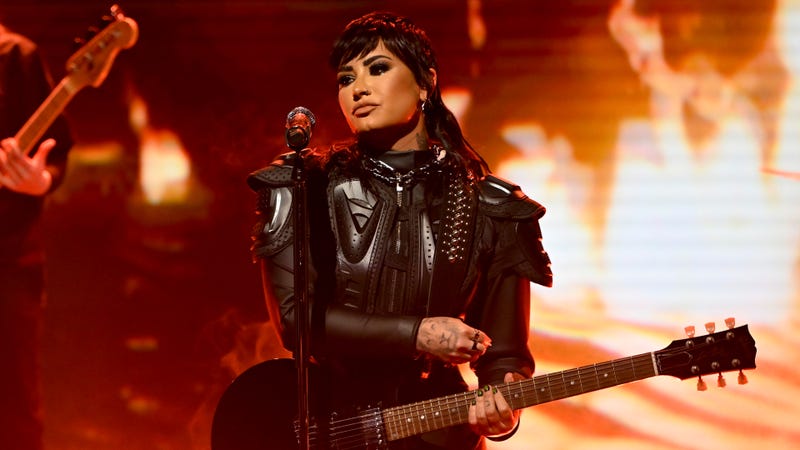 The day has finally arrived, Demi Lovato has claimed their rightful place and officially gone (back to) Pop-Punk Rock. And no, it's not up for debate.

Of course, anyone who grew up along and admiring the black eyeliner, emo bangs, Camp Rock Demi of the early 2000’s, surely knows this is not Lovato’s first foray into the genre. As their, dare we say iconic, debut 2008 album, Don’t Forget, and 2009 follow-up, Here We Go Again, screamed punk in the angstiest of ways, which we were and still remain, fully here for.

Putting Pop Demi far behind them, Demi, held a funeral for their Pop era of music and announced plans of a return to those rock roots for album number eighth. Not that you asked, but our reaction to that was appropriately — HOLY FVCK, which is beyond fitting, as that’s also the name of the album, which btw is due out August 19.

After that we were blessed with a stream of sexy IG posts reflective of this new "old" vibe, and then before we knew it, we now have the album’s first single, “SKIN OF MY TEETH.”

To debuted and promote the single and its accompanying Nick Harwood directed visual, Demi stopped by The Tonight Show with Jimmy Fallon for a fiery performance. Ahead of which they also pointed out that this “new Demi” is actually a return to their roots, noting, "that's what I started singing when I released my first album, second album..."

Saying that Demi has been through a lot since their first foray into the genre would be putting it lightly. And despite dealing with some incredibly dark and difficult demons, Demi is able to take those experiences and turn it into art. Making lyrical references to their former drug addiction and struggle with mental health, throughout the track.

“Demi leaves rehab again/When is this s*** gonna end,” Lovato sings in the track’s opening line. “Sounds like the voice in my head/I can’t believe I’m not dead.”

When talking to Rolling Stone about the process of creating her latest project, which she called a “heavy” new era, Demi said “it has been the most fulfilling yet.”

“When I say heaviness, I don’t mean lyrically, but heaviness as in some of the sound that I haven’t done before, which is exciting,” they said. “It’s a new era reminiscent of my first era.”

Taking time to express their gratitude “to my fans and collaborators for being on this journey with me.” Demi noted, “never have I been more sure of myself and my music, and this record speaks that for itself. To my Lovatics who have been rocking out with me since the beginning and those who are just now coming along for the ride, thank you. This record is for you.”

“SKIN OF MY TEETH” arrives just a few short days after Lovato shared their HOLY FVCK tour dates which kicks off in Brazil on August 30, making stops across South and North America before wrapping up in Irving, Texas on November 6. 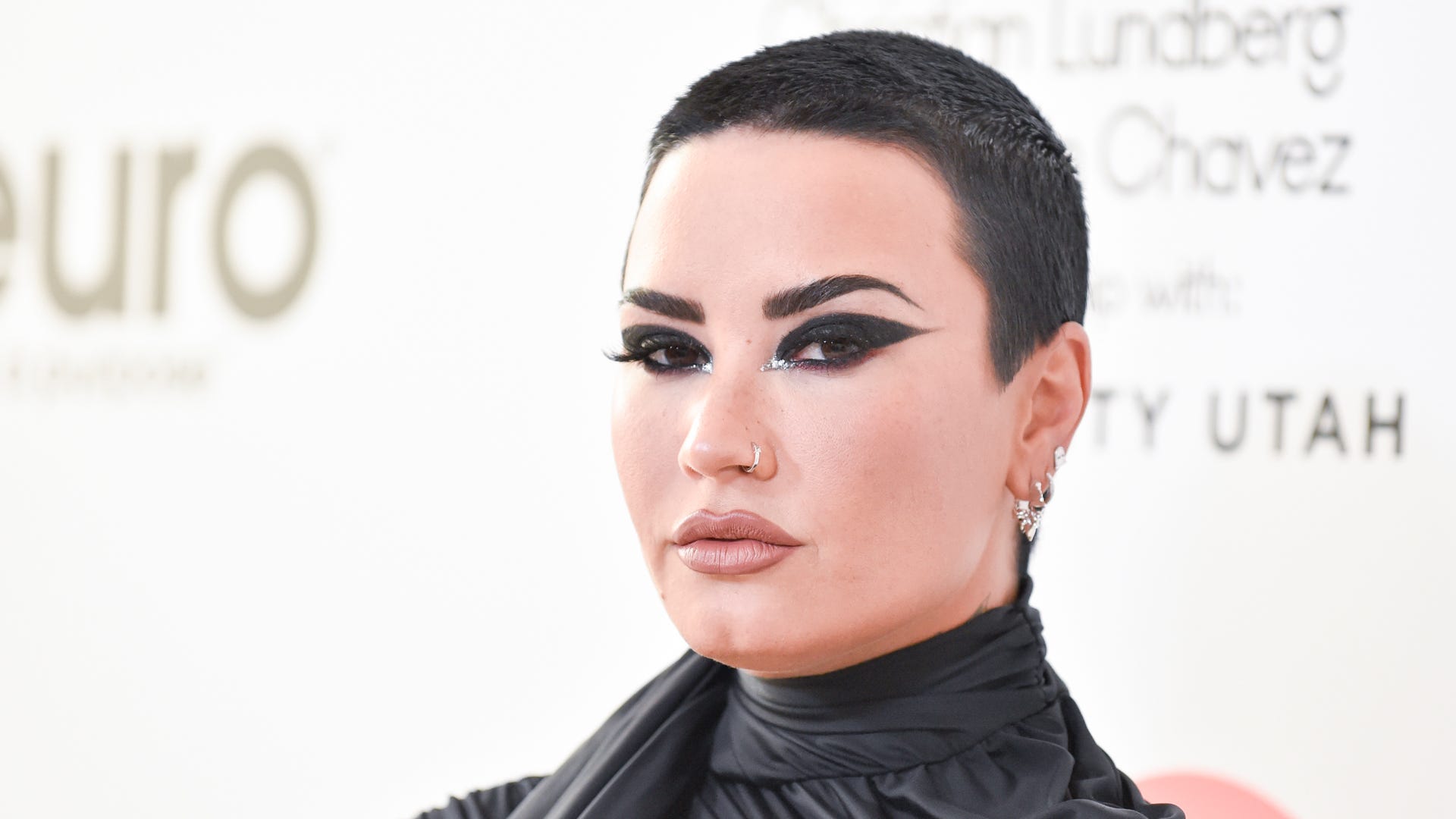