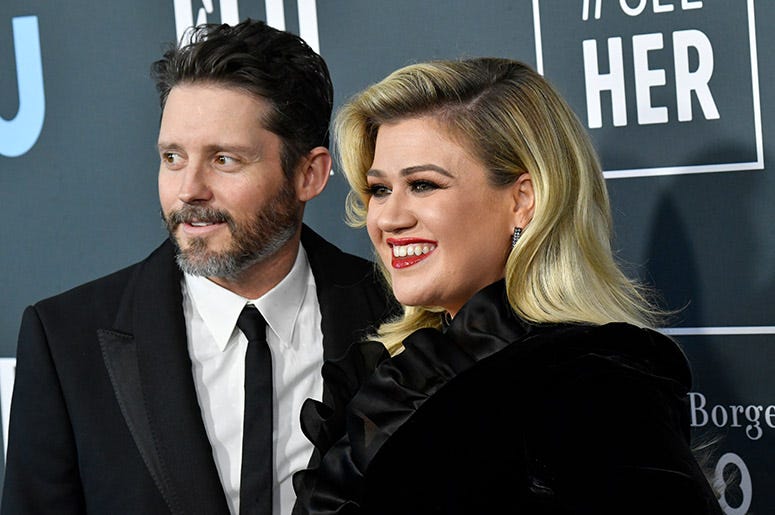 Kelly Clarkson revealed a possible reason behind her divorce from Brandon Blackstock during a monologue of her daytime talk show.

Near the end of Tuesday’s episode, Kelly took a moment to speak with fans directly about a tumultuous year and what lessons can be learned from hard times. "Even at 38, I feel like I'm always changing and progressing in a good sense, in a good way,” she said. “And I always want to make sure I'm being the best version of myself.”

The “Because of You” singer got more specific when she referenced advice from her mother. "My mom has been telling me since I was a kid: You are who you surround yourself with," Kelly verbalized with conviction. "You want to make sure you're surrounded by people that also want to be the best versions of themselves and also want a good common goal for everyone, not just themselves, right?"

Her soft diatribe became more pointed and focused on personal experience. "People, like, could be bad for you in a certain time. And I think that everybody just goes, 'Oh, well that means they're bad.' Well it doesn't necessarily mean that, it just means that you're on different paths. And I think that that's okay…. Everybody's on a different learning curve."

Clarkson’s positive note follows a difficult breakup. Kelly and Brandon were married for seven years before filing for divorce in June, this year. The couple have two children together, River and Remington, born two years apart. Kelly was glowing on socials when they both came into this world.

Our baby girl River Rose Blackstock arrived on June 12th! Thank you everyone for all of your well wishes! Brandon and I are on cloud 9!! :)

Our little baby boy has arrived!! Remington Alexander Blackstock was born 4/12/16 & he is healthy & we couldn't be happier or more in love!

When she revealed her split on The Kelly Clarkson Show, both kids’ wellbeing were her focus in the decision. "We know the best thing here is to protect our children and their little hearts,” she told the audience.

“So I'm usually very open and I usually talk about everything but in this case I will talk a little bit here and there about how it affects me personally, but probably won't go too far into it because I'm a mama bear and my kids come first."