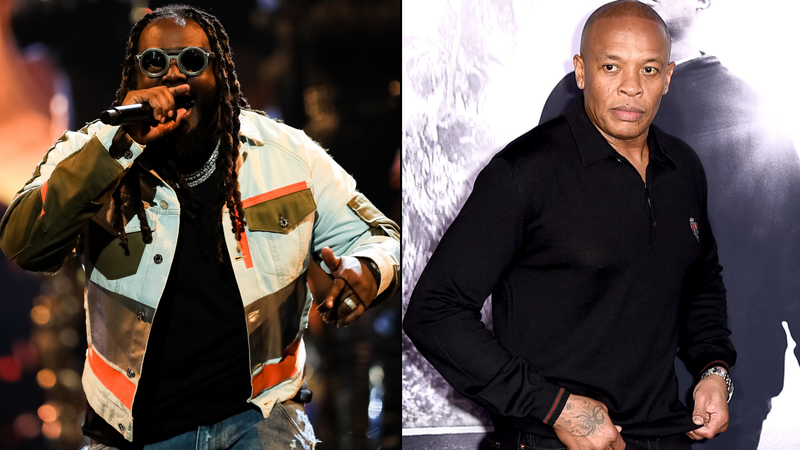 T-Pain is fed TF up. The multi-faceted artist went off in a now-viral rant about copycat, cookie-cutter rappers who only want to do the same thing over and over again.

Via his Twitch stream, the "Can't Believe It" crooner aired out his grievances about the state of rap. He began, "you know when your s*** sounds like somebody else's s***." He continued to discuss how artists go into the studio wanting to recreate the hits that are topping Billboard charts. "Stop doing that. You're not original. Give me some original s***," he yelled.

The tirade went on for several minutes. Dr. Dre, in a rare Instagram post, responded and agreed with the Tallahassee native. Dre wrote, "Shoutout to @tpain!! I’m here laughing my f****** a** off, but he’s right. I know and feel exactly what you’re saying."

T-Pain name-dropped Lil Uzi Vert, Lil Baby and DaBaby as the rappers whom newcomers are trying to imitate. "We already have two n****s with baby in their name that's already doing the music you want! Do something else! That's all we want," he yelled. Furthermore, if you're going to send music to T-Pain, don't get mad when he tells you he's "heard it before" because he has. And now that he's actually checking his DMs, shoot your professional shot wisely.