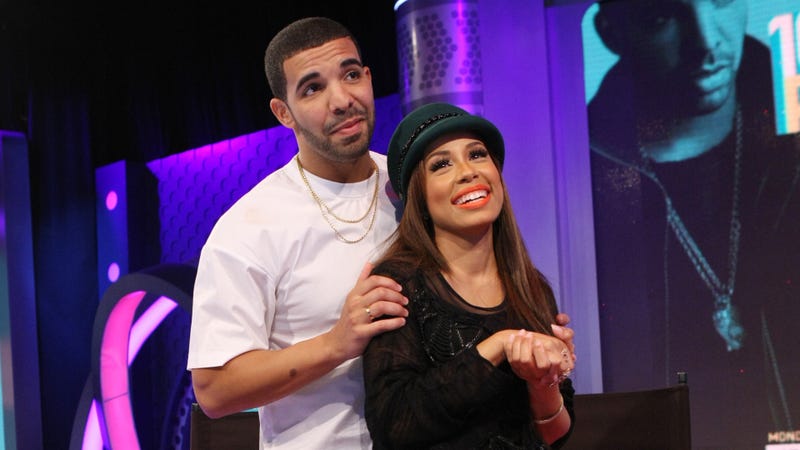 Drake took a trip down memory lane at this year’s October World Weekend, introducing to the crowd his first serious girlfriend, singer Keshia Chanté. Yes — Keshia Chanté, as in the “Kiki” in Drake’s 2018 hit “In My Feelings.”

During day one’s All Canadian All Stars event, Drake hit the stage telling fans: “This next person coming to the stage, I used to get in my mom’s car I used to drive all the way to the west for this donna right here, you feel me? So I have to personally introduce her.”

He continued, “This is my first girlfriend I’ve ever had in my life coming to the stage. A real legend, somebody I love with all my heart.” Keshia walked out, the former flames embraced, and the crowd obviously went wild.

Chanté then performed a few of her hits, which she's since commemorated with a photo dump on her Instagram page, echoing the love Drake expressed on stage in her caption.

"Legendary Nights in Toronto," the 34-year-old wrote. "I've never seen the city come together like that!! It was everything. A dream only @champagnepapi could make true. The most heartfelt and meaningful introduction I've ever had. Aubs I love u for life.”

The night was also headlined by more stunning performances, including a special appearance by Nelly Furtado. The duo performed hits such as "Promiscuous" and "I’m Like a Bird."

Sadly, what didn’t go down was the much anticipated and hyped about Young Money Reunion with Nicki Minaj and Lil Wayne. Drake took to Instagram Monday to let his fans know he was "truly devastated" the show would have to be postponed due to his positive COVID-19 diagnosis. But promised they'll reschedule for the soonest date possible. 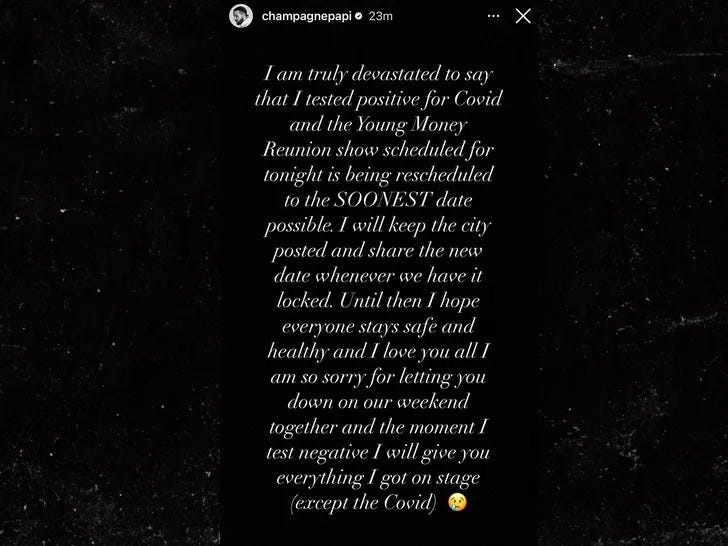