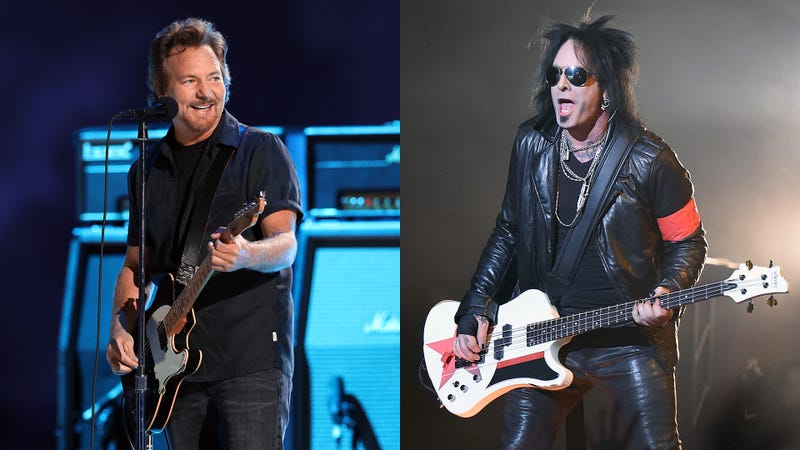 It’s the dog days of winter as the cold weather and gray skies have gone on long enough as we yearn for warmer and brighter days. While we’ll still have to wait out for it, two unlikely rock stars are doing everything in their power to spice things up. The best part? No one saw this coming.

It all began with an interview Eddie Vedder did with the New York Times. The Pearl Jam frontman was asked if he thought anything from the explosion of Gen-X alternative culture extended to today and decided to regale readers with a tale about the time he worked at a San Diego club loading gear into the venue.

Vedder went on to praise Guns N’ Roses as music from that period that “had some teeth.” He then praised the “alternative” crowd that he found in Seattle. “The girls could wear their combat boots and sweaters, and their hair looked like Cat Power’s and not Heather Locklear’s — nothing against her. They weren’t selling themselves short. They could have an opinion and be respected,” Vedder said. As you may recall, Locklear was married to Mötley Crüe drummer Tommy Lee from 1986-1993.

Crüe bassist Nikki Sixx caught wind of Vedder’s comments and took to Twitter to respond. “Made me laugh today reading how much the singer in Pearl Jam hated @MotleyCrue,” Sixx wrote.

“Now considering that they’re one of the most boring bands in history it’s kind of a compliment isn’t it?”

Made me laugh today reading how much the singer in Pearl Jam hated @MotleyCrue. Now considering that they’re one of the most boring bands in history it’s kind of a compliment isn’t it?#TheStadiumTour #RocknRoll

Sixx responded to comments several fans made on Twitter and offered up a pretty simple reason for why he was jumping into the action.

“Your not allowed to diss my band and our 40 year history and not get a little smack back,” he wrote. “All good.  More focused on us playing stadiums right now. Moving on.”

Whatever side of the Eddie Vedder/Nikki Sixx aisle you fall on, Audacy has a station dedicated to your fandom. Check out Pearl Jam Radio and Mötley Crüe Radio and begin rocking out today!