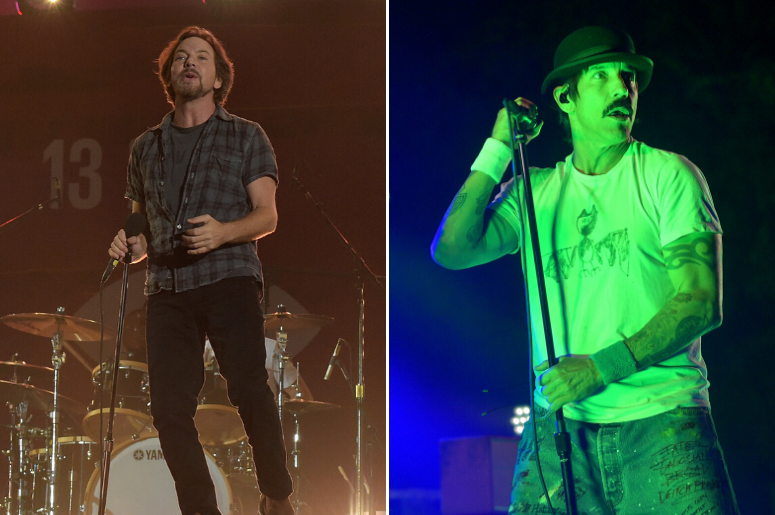 Eddie Vedder and the Red Hot Chili Peppers teamed up for some epic covers during a fun night of music in Los Angeles.

The Pearl Jam frontman joined Anthony Kiedis and company for Jimi Hendrix’s version of “All Along the Watchtower” and Prince’s “Purple Rain.” The performances took place during the annual benefit for the Silverlake Conservatory of Music.

Vedder and the Chili Peppers each performed their own sets before coming together. Vedder did some Pearl Jam standards like “Better Man” and “Corduroy,” as well as a cover of Tom Petty’s “Wildflowers.”

The Chili Peppers played an 8-song set that included some potential foreshadowing. After starting with “Can’t Stop,” “The Zephyr Song,” and “Dark Necessities,” they performed “Purple Stain” from Californication for the first time since 2004.

Bassist Flea co-founded the Silverlake Conservatory in 2001 in response to cutbacks in arts education in Los Angeles public schools. The organization offers private and group music lessons and offers scholarships to children who qualify.