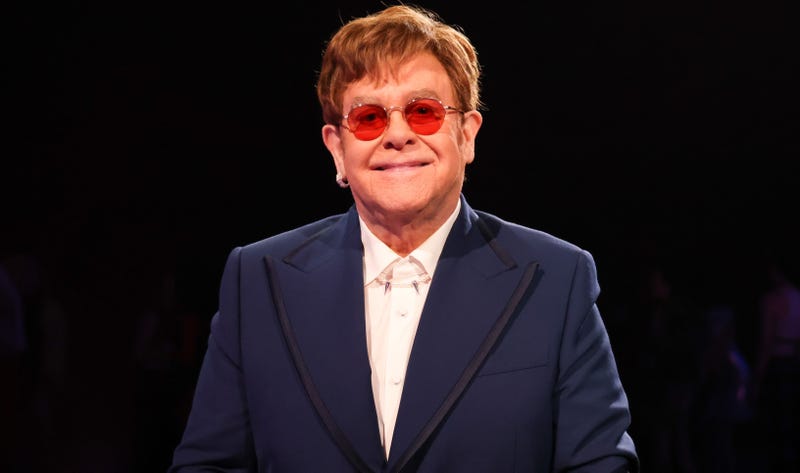 To properly celebrate the success of his The Lockdown Sessions collaborations, Elton John gathered his most famous friends and collaborators on Zoom, putting our mundane weekly zoom meetings to shame!

All your favorite tracks from Elton John in one place! Start streaming Elton John Radio on the Audacy app.

John began piecing together The Lockdown Sessions album in March 2020, during the height of the pandemic. At first, while settling into quarantine, the legendary Pop icon didn’t plan on recording new music, but opportunities to collaborate with a variety of artists kept popping up. In a press statement, the “Rocket Man” singer noted, “The last thing I expected to do during lockdown was make an album. But, as the pandemic went on, one‐off projects kept cropping up.”

Ultimately, duets with icons such as Stevie Nicks and Eddie Vedder as well as Pop stars like Lil Nas X and Miley Cyrus morphed into John’s 32nd studio album. The Lockdown Sessions took over the U.K. charts and has become Elton’s eighth chart-topper. It’s been almost a decade since one of John’s albums sat atop the U.K. charts.

In order to commemorate the hard work shared amongst his co-collaborators, Elton invited his famous friends to gather on zoom. From Stevie Wonder to Nicki Minaj, to Rina Sawayama to Young Thug, the star-studded virtual meeting kicked off with all the celebrities signing on and facing the usual Zoom technical difficulties. Once Surfaces’ Colin Padalecki was unmuted, Sawayama adjusted her screen, and SG Lewis was able to quiet his mother down in the background, the Zoom meeting took off.

During the call, Stevie Wonder shared, “if there’s anything that’s going to make a difference in the world, connected with love, its music…we do it from our hearts, we do it from experiences and we share those emotions with you the people.”

Wonder and John collaborated on the track “Finish Line,” which Elton refers to as one of his “favorite things ever!”

As Brandi Carlile joins the call the “Simple Things” collaborator tells the Goodbye Yellow Brick Road legend, “It’s such a wonderful album Elton, it’s so creative and quintessentially you, while highlighting all your friends and peers…”

Minaj chimed in to share that she is proud of the album, while Dua tells us what an honor it was to sing one of her favorite songs with one of her musical heroes.

The call closes out with a surprise cameo from Ed Sheeran, Elton’s dear friend, and co-collaborator on his latest holiday track, “Merry Christmas.” Sheeran shows up in person to hug John, and John gruffly reminds Sheeran that the meet-up was all supposed to be on Zoom.

Check out the full Zoom call below and watch what all of Elton’s collaborators have to say about the recording process.