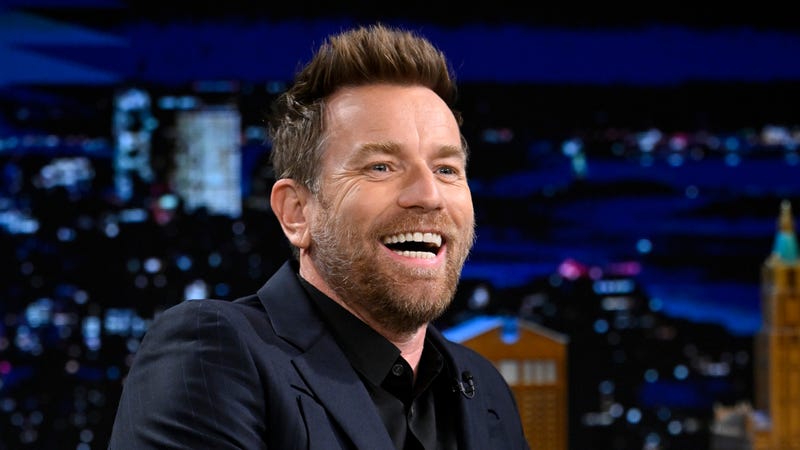 On a brand new episode of SmartLess, Ewan McGregor joins Jason Bateman, Sean Hayes, and Will Arnett to talk about everything from the first film he ever starred in Shallow Grave to bringing back Obi-Wan Kenobi.

After meeting Danny Boyle, John Hodge and Andrew Macdonald on the set of his first film “Shallow Grave,” Ewan clicked with them right away and new he absolutely had to be part of their next project after reading the script.

“We came to Sundance with it,” referring to Shallow Grave, "and they gave the script there for Trainspotting.” A film about Mark Renton, who’s deeply immersed in the Edinburgh drug scene, as he tries to clean up and get out, despite the allure of the drugs and influence of friends.

McGregor noted the trio had no intention of giving him the starring role, but were just curious to know what he thought about the script. But after reading it Ewan was not willing to take no for an answer, “I just had to do it,” Ewan explained. “So I went away and I just lost loads of wait, I didn’t eat… I lost all the weight and went back to see them and they were like ‘okay’ cause I looked more right for the role, more so emaciated.”

Ewan went on to reveal the steps he took in order to be able to play a heroin addict, and no it does not include actually doing the drug, though as he revealed, he did at one point consider doing.

At another point in the conversation, Star Wars fanatic Sean obviously had to talk about Ewan’s return to his character of Obi-Wan Kenobi in the Disney+ show of the same name.

Having been a long time since shooting Episode III of the prequels, Ewan admitted “It felt quite good to come back, because I was in a much better place with it," McGregor said, noting “cause our prequels came out and were sort of universally, weren’t liked,” by the critics that is.

Now with nearly two decades past, and reception being primarily fan led Ewan was happy to take the mantle back on and we’re very happy he did.

For all that and much more listen to the entire episode above.