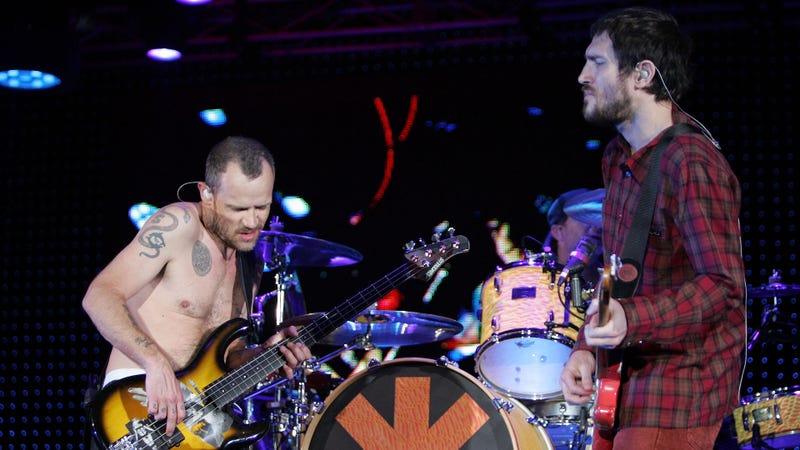 Red Hot Chili Peppers fans have been gearing up for new music for quite some time now. With guitarist John Frusciante rejoining the group, many are excited to hear what the band have been working on.

Luckily for those who couldn’t wait any longer, Frusciante and bassist Flea recently released a new song they recorded together; their first in over a decade.

The new song from Red Hot Chili Peppers members Flea and John Frusciante is actually a cover of the Gang of Four song, ‘Not Great Men.’

Flea described the song as “an act of love” for late Gang of Four guitarist, Andy Gill. “John Frusciante and I, along with the children’s choir from the Silverlake Conservatory Of Music recorded the song Not Great Men by the Gang Of Four for this album. It was a beautiful opportunity for me to connect with my friend, the innovative guitarist Andy Gill, before he shockingly passed away shortly after the recording was made,” said Flea.

According to Loudersound, Andy Gill passed away February 1, 2020. Sadly he never got a chance to hear Flea and Frusciante’s version, but luckily they decided to release the track for fans to hear. Hopefully new music from the entire Red Hot Chili Peppers lineup is coming next.