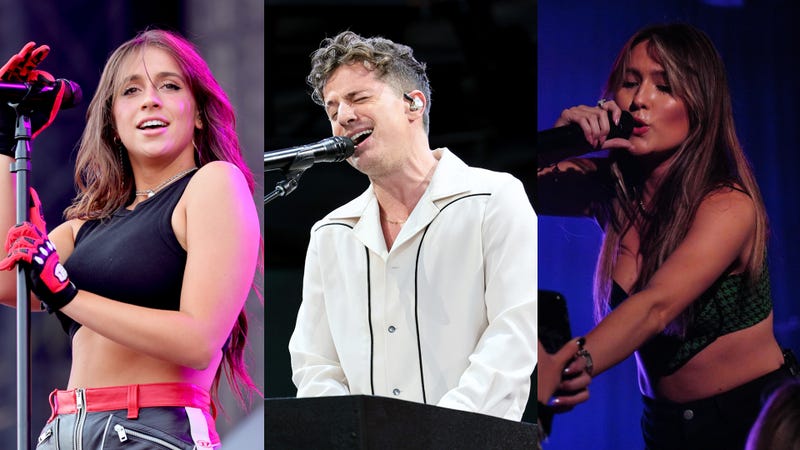 Spooky Szn’s greetings y’all. Boo, we’re back! And with this October’s installment of Pop songs you absolutely need to hear, we’re serving up 7 hauntingly addicting tracks and you’re gonna love us for it.

From names you surely know and ones you might not, this months 7 songs list has something for everyone. So what are you waiting for? Start listening now!

Mimi Webb serves up another power-pop anthem with this one. Full of rich vocals and early-2000s energy contrasted against melancholy lyrics about being haunted by a love that does and should remain very much in the past.

Spiked with subtle funk, swirling synths, an enduringly catchy hook and layered with harmonies, “Loser” is one of CHARLIE’s most engaging tracks. But why is Charlie Puth dubbing himself a loser? Well, basically, because he let her go, and “she was a one in a million.” That said, you’ll be happy to know by the end of the album he gets over it.

From the dreamy Pop vibe of its opening notes to its grounded chill-trap beat, Tate McRae's “uh oh” had us hooked. It’s giving enemies-to-lovers vibes, and kinda reminds us of kinda Ariana Grande’s “break up with your girlfriend, i’m bored,” and we love it.

She’s tired of California and we don’t blame her. Exploring the dark side of La La Land throughout the hauntingly addicting track, Nessa Barrett conveys the need to escape, “drivin' down Mulholland, closin' both my eyes / ‘Cause they say you get more famous when you die.” But despite her desires and like so many others, “I keep sayin' that I'm leavin', but it doesn't work that way.”

Once again showing off the endless boundaries of Pop, Mike Posner is back with a sad song full off soaring violins, foot-tapping percussions and some acoustic guitar. Just like many of Posner’s tracks, “I’m Not Dead Yet,” with its instantly hummable hook and catchy AF iteration, is sure to follow the formula of no buzz beginnings before becoming a massive hit.

6 Maisie Peters - Not Another Rockstar

With “Not Another Rockstar,” Maisie Peters illuminates on her terrible past escapades and very debatable dating history. Making fun of her decisions and their ever-present guitars. Maisie tosses away any preconceived notions and misconceptions, and all her exes and their player antics, putting herself first. It’s giving pop-rock princess vibes and a whole lotta main character energy.

You might remember this sultry French and Haitian artists voice from her song “Sauce,” featured in the 2021 global Apple iPhone campaign. Now that we’ve jogged your memory settle into one of Naïka’s newer track. With its scintillating lyrics and layers, effortless soft to bass-heavy melodic changes, “M&M's for Breakfast," is the perfect addition to any playlist.