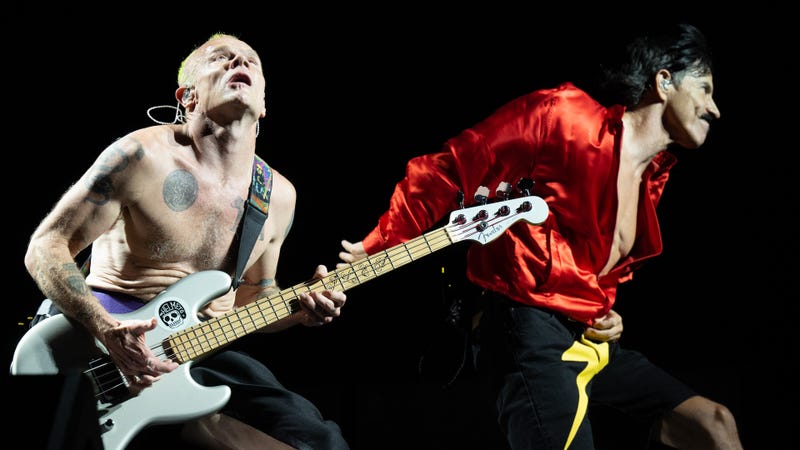 We’re back with another installment of 7 Rock songs you need to hear right now and our June picks are songs you’re going to want to listen to loud.

1 Jerry Cantrell - Had to Know

The Alice In Chains guitarist dropped his third solo album Brighten back in October as it marked his first solo album in 19 years. Cantrell just dropped a new video for the single “Had To Know” featuring footage from his recent North American tour. It’s chock full of Grunge goodness.

2 Red Hot Chili Peppers - These Are the Ways

The second single from the Red Hot Chili Peppers new album “These Are The Ways” features a pretty exhilarating music video. The video opens with Anthony Kiedis stealing items from a convenience store and then leading cops on a wild chase through yards, house parties, apartments, and even past a group of paparazzi. Oh yeah, the song is exactly the type of excellence we’ve come to know from the Chili Peppers.

If you want a song that perfectly encapsulates the raucous nature of a Saturday night out on the town, this is it. With an anthemic chorus, The Black Moods have the perfect party track in “Saturday Night.” The song comes from the band’s recently released record Into The Night.

4 Tigercub - Stop Beating On My Heart (Like a Bass Drum)

Tigercub’s single comes at you hard and heavy leaving listeners surprised that a three-piece outfit can generate that much sonic power. The song comes from the band’s second studio album As Blue as Indigo.

​​​​Jack White is back in the best way possible. Bringing along his trademark groovy licks, frenetic rhythms, and fiery guitar, he gives those wondering what the trick is a simple answer. More Jack White music.

The Phoenix-based band was famously fronted by the late Chester Bennington when he was a teenager as the group is gearing up to drop a brand new album featuring his vocals. With the blessing of Bennington’s family, Grey Daze re-recorded some of their old material while incorporating Chester’s vocals. The lead single “Saturation (Strange Love)” reminds us all of the power of his voice.

Here’s a jolt of caffeine straight into your bloodstream. “Slaughterhouse” comes from the band’s brand new studio album Scoring the End of the World, a record that’s their first since 2019.