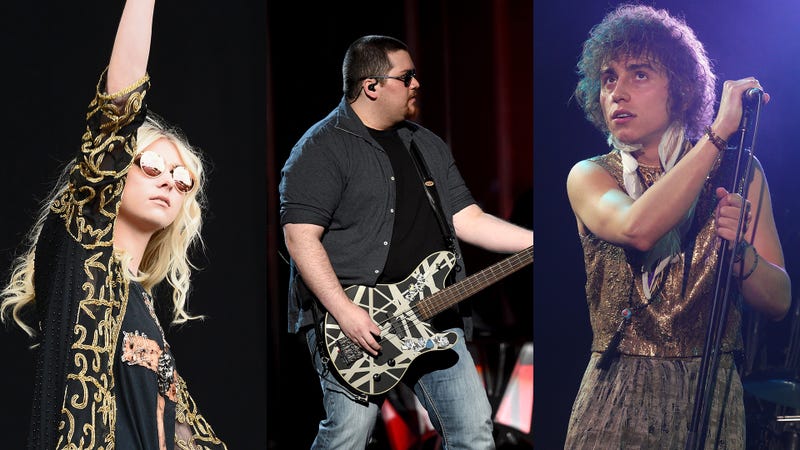 Move over Steely Dan, there’s a new sheriff in town.

If your dad is a connoisseur of Rock, there’s no doubt you’ve been fed a steady diet of the classics. The aforementioned Steely Dan, Bob Seger, Bruce Springsteen, Van Halen, etc.

Fortunately, for you dear reader, you’re already hip to the bountiful amount of great new Rock bands out there today. If you’ve got a dad that says, “all that tik tocking is killing Rock!,” we’ve put together this playlist that’ll refute that point.

On the other hand, if you’ve got a dad that’s a total music geek and always on the search for great music, then this playlist is for you too.

Just in time for Father’s Day, here’s a look at 7 Rock bands that your dad should know, but might not. Listen to music from all of these bands plus plenty of other modern Rock acts you and your dad will fall in love with on Audacy's Venom.

Greta Van Fleet may be one of the more recognizable names on the list as the young rockers have drawn comparison to Led Zeppelin ever since they burst onto the scene. The band recently released their sophomore album, The Battle at Garden’s Gate, which sees the band take a step forward in their young career.

You may not recognize the name, but chances are your dad will recognize members of L.A. Rats. The heavy metal supergroup features Rob Zombie on lead vocals and Nikki Sixx on the bass. Their debut came with a cover of Johnny Cash’s “I’ve Been Everywhere” and is accompanied by an epic music video.

First thing you’ll notice when you press play on this track is the Guns N’ Roses influence on Dirty Honey. Blazing riffs, Axl Rose like vocals, and a ripping guitar solo are all present in “California Dreamin’,” but Dirty Honey manages to craft a fresh take on the hard rock sound. A great song to put out on the backyard while dad is tending the grill.

Ayron Jones is an immensely talented musician with the ability to seamlessly blend catchy riffs, blistering guitar solos, and powerful lyrics in his music. Jones just had his first major label release with his album Child of the State in May 2021 as it yielded three fantastic singles.

Rival Sons have been around for awhile, but have picked up steam in recent years as fans have fallen in love with their fusion of blues, roots, and hard rock ‘n’ roll. The band’s latest album, Feral Roots, earned them two nominations at the 2020 GRAMMY Awards.

If your dad’s a grunge lover, this is the perfect track for them. The Pretty Reckless teamed up with Soundgarden’s Matt Cameron and Kim Thayil for the blistering track “Only Love Can Save Me Now.” While The Pretty Reckless incorporate plenty of grunge in their music, their catalog traverses various realms of rock all while maintaining their own unique sound.