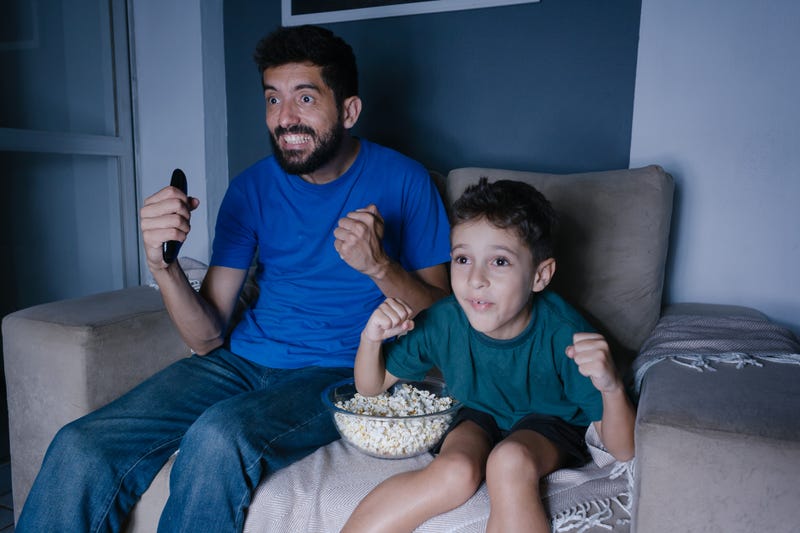 Spending time with your dad or your kids on Father’s Day isn’t too hard, but sometimes you need a little help filling the special day with activities.

A movie is a great way to celebrate paternal bond without requiring too much effort from anyone, especially if you let us pick the best movie options for you. 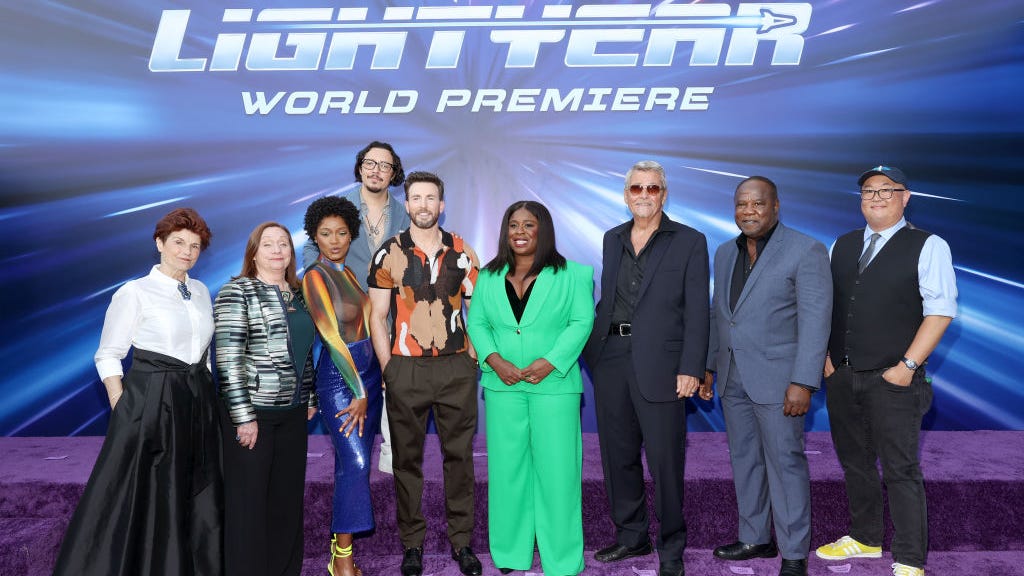 The Reel Buzz: ‘Lightyear,’ ‘Father of the Bride’ and 14 other movies, shows to watch this weekend

Here are some ideal movies to watch on Father’s Day:

When a young girl proves she can intuit business tips for her overworked father, he suddenly has a lot more time to play and listen to her. The dad who’s too busy to hang out with his kid is a pretty common trope, but Eddie Murphy takes that story and infuses it with honest energy, love, and humor.

The relationship between a grown man and his own father is at the heart of this Kevin Costner flick, and it’s got plenty of romantic notions about baseball and America that never come off too saccharine.

Perfect for any dad looking for something to watch with a small child (and for seeding some paternal propaganda in that kid’s head early), “Finding Nemo” is a go-to animated classic in which father and son both have to fight to be reunited.

Inject a little Wes Anderson energy into your holiday with “The Royal Tenenbaums,” a movie all about a father who is likely worse than any real world dad you know, but who ultimately earns some redemption and affection.

Adam Sandler actually plays a pretty convincing young dad in this 1999 classic about a guy who finds out he’s got a son. It’s got plenty of toilet humor, but also plenty of heartfelt moments.

Sports is a vehicle for a lot of father-child bonding, so it makes a great backdrop to this Spike Lee flick starring Denzel Washington and former NBA star Ray Allen. It’s not a typical, light-hearted, feel-good pick, but it’s worthy watching for any adult parent and child.

On the more feel good side of sports movies, “The Game Plan” puts Dwayne “The Rock” Johnson in an uncomfortable position as a tough NFL player who just found out he’s a father to a little girl. She upends his life and makes him a better person — but the movie is really a vehicle for seeing The Rock covered in bubbles and getting cute with a kid.

Father of the Bride

In real life, anyone would love to have Steve Martin for a father, but he causes (and runs into) a lot of problems as the unwilling father of a 22-year-old bride. Diane Keaton also turns in a fabulous performance as the mother of the bride.

Guardians of the Galaxy Vol. 2

Sure, it’s not your typical father-child bonding movie, but “Guardians of the Galaxy Vol. 2” hits a lot of the sentimental parental notes in an action-packed Marvel package. It’s a genuine tear-jerker, not to mention a fantastic ride.

Proving the lengths to which some dads will go for their kids, “Mrs. Doubtfire” is an utter classic among fans of all ages. No one can outdo Robbin Wiliams.

The Pursuit of Happyness

If you are or have got a dad who appreciates a good cry, boot up Will Smith’s “The Pursuit of Happyness.” The film, inspired by a true story of a single father trying to make ends meet for his son, is a not too gentle reminder about the trials and victories of fatherhood.

An ode to all the awkward conversations dads have to have with their kids, “Definitely, Maybe” is almost like a movie version of “How I Met Your Mother” except with Ryan Reynolds, Rachel Weisz, Isla Fisher, and Elizabeth Banks.

“The Parent Trap” launched Lindsay Lohan into the acting stratosphere, but it also gave us Dennis Quaid as the kind-hearted California dad of our dreams.

Matthew McConaughey and Anne Hathaway star in this Christopher Nolan sci-fi film. It's about a NASA pilot who travels through a wormhole to discover which of three possible planets could be Earth's new home when the original becomes uninhabitable, and the reckoning with his own past that he must face in the time-tangled journey.

Dad doesn't want anything except to make lasting family memories on a road trip to and a day at the most hyped-up amusement park. Chevy Chase stars in this hilarious family classic from National Lampoon.

Liam Neeson stars in this full-throttle revenge film about a former government operative trying to rescue his daughter after she has been kidnapped by international traffickers during a trip to Paris.