We could all use a good laugh right now, and fortunately April Fool’s Day is here. So is Halestorm drummer Arejay Hale.

His sister and frontwoman, Lzzy Hale, calls him the band’s resident comedian, and she revealed he’s actually done stand-up a couple of times. So we handed him the mic during our interview and let him go.

Not bad, Arejay. Not bad. And there’s a lot more where that came from as you’ll see in our exclusive video above. “When you open the door, sometimes it’s hard to close it” guitarist Joe Hottinger quipped. 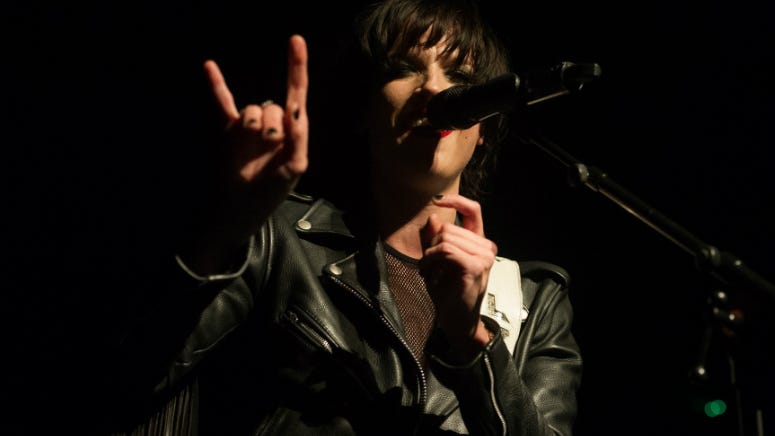 Humor is one way to entertain yourself during the quarantine, writing a new album is another. Lzzy told RADIO.COM in our Home Schooled series that one of the things she’s doing while being stuck indoors is working on what would be Halestorm’s fifth studio album and first since 2018’s Vicious.

“It goes without saying, always be creative, always move forward,” she advised. “Art heals. Art is my therapy. It’s just, it’s a magical thing, and that’s something truly important in my life.”

Watch more in our exclusive video below.