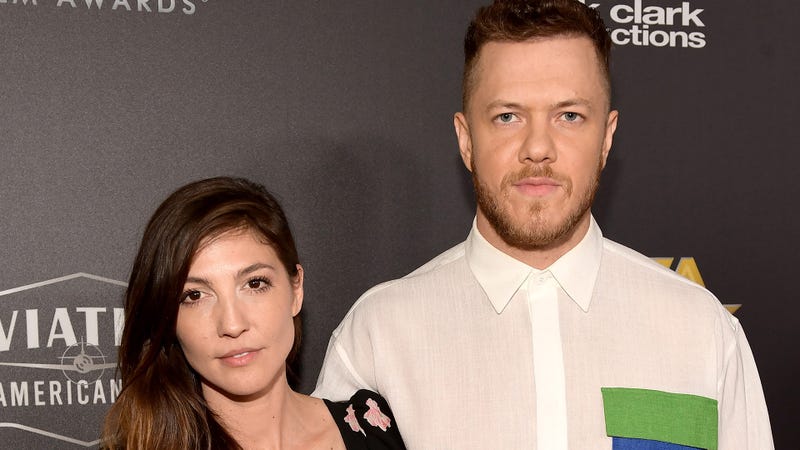 Such is the case for Imagine Dragons singer Dan Reynolds who, after receiving a message from his wife Aja Volkman while the estranged couple was on their way to sign divorce papers, decided to give it another go.

This week Reynolds posted a TikTok video explaining how he and Aja "hadn't talked in seven months," but while he was "driving to the lawyer's office to sign the divorce papers" in early 2019, he received a message from her that turned his "perspective upside down."

"She said she didn't need to own me to love me," he added, saying, "she loved me without expectations." Dan and Aja announced their split in 2018, however revealed that they had gotten back together the following January -- just two months before announcing that they were expecting their fourth child.

Reynolds says they "ditched the lawyers and went to lunch." When Aja arrives in the video Reynolds says, "It felt like the first date again. We called off the divorce." His son Valentine then appears in the clip. Dan and Aja are also parents to twin daughters, Gia James and Coco Rae, and daughter Arrow Eve. "I wrote this song after I got that text," Reynolds says of the band’s new single "Follow You," which is heard playing through the entire clip.

Reynolds told People in 2019 that the pair had been working through marriage counseling to keep the family together, saying, "fortunately for us, we worked through it... Relationships are complex."

Reynolds and the rest of his bandmates have been working on a new Imagine Dragons album for 2021. The track above, as well as the single "Cutthroat" are both available for streaming now.

“I hope you find something in these 2 songs for you," Reynolds wrote on Instagram about the new offerings, their first since 2018. "I hope to connect with you somewhere around the world soon. I hope to sing with you. Sending you all my love. XDR."

WATCH MORE: From plays to weed - How bands like The Killers + Green Day got their name