“I got so much to say about this record. I’m so pumped up about it,” Skillet’s John Cooper tells RADIO.COM before diving into their upcoming release.

Wisconsin four-piece Skillet has over two decades of music behind them. With hits on every album, the rock titans have become one of the best-selling rock bands of all time- and they have no plans of stopping that trend any time soon.

﻿Victorious is Skillet’s first album release in three years. The follow-up to 2016’s Unleashed is due tomorrow (August 2), and the band couldn’t possibly be more excited about it.

“We kind of have a culture right now where people are being told ‘every day is going to be awesome,’” John explains before singing The Lego Movie’s “Everything Is Awesome.” “And I think people are genuinely shocked that life isn’t great every single day. I feel like I want to tell people, you can be victorious through the trials of life, but life is going to suck sometimes.”

Skillet’s uplifting messages have always come with a hit of realness that allows them to develop a genuine connection with fans. “Legendary” is one of the already-released singles giving fans a taste of their new album, and delivers just the message so many people need to hear. 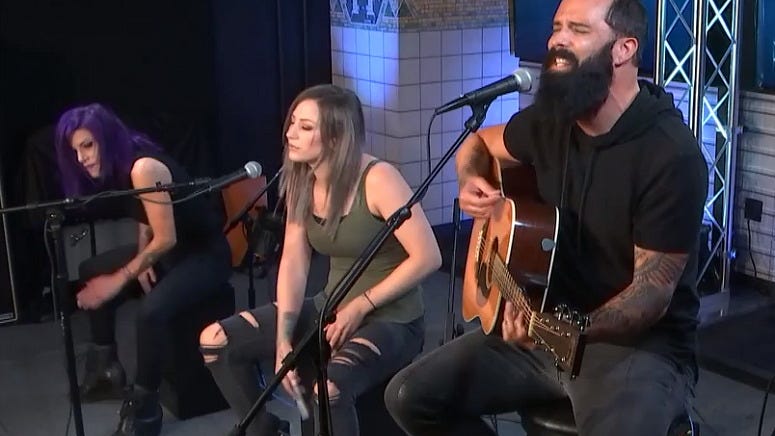 Skillet Triumph in This Exclusive Acoustic Performance of 'Legendary’

Hear about new album Victorious in the interview above, and watch performances of smash hit “Monster” and 2016’s “Feel Invincible” below.