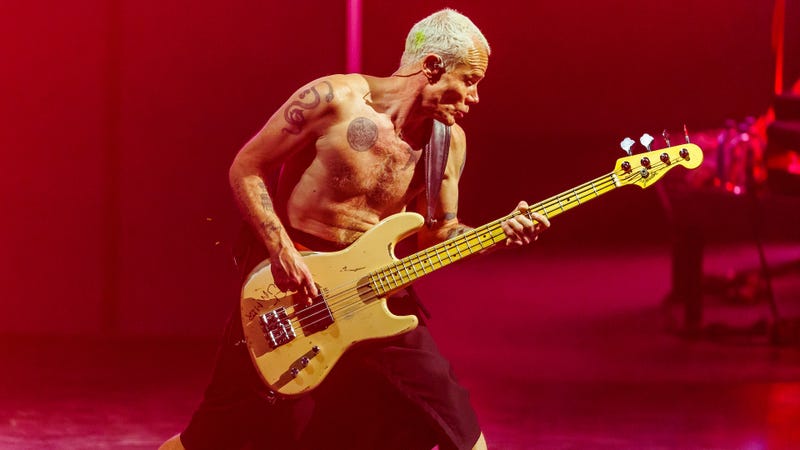 We don’t want to, ahem, “Give It Away,” but it looks like a Red Hot Chili Pepper is about to enter the Star Wars universe.

Obi-Wan Kenobi, a live-action Star Wars spinoff will be coming to Disney+ later this month and none other than Red Hot Chili Peppers bassist Flea will have a role in the series, Star Wars News Net reports.

While it’s not known what kind of role Flea will have, the report stated that he’ll appear on screen and will wield a “cool-looking blaster.” Series Director Deborah Chow has a connection to the band as she directed the music video for their recent single “Black Summer.”

Flea is no stranger to the big screen as he’s had memorable roles and cameos in films like Back to the Future, The Big Lebowski, The Chase, Psycho, Baby Driver, and more. Obi-Wan Kenobi is scheduled to hit the Disney+ library on May 27th.

Flea recently phoned in for a conversation with KROQ’s Klein & Ally and shared a hilarious anecdote about what he does with his GRAMMY trophies at home.

“Put it this way,” Flea said. “I’m grateful to win a GRAMMY, the GRAMMYs are awesome, but after you win your first GRAMMY, like three years later, my mom said ‘Michael where’s your GRAMMY?’ and I was like ‘I don’t know mom, I put it somewhere.’”

LISTEN NOW: Flea chats with Klein and Ally on KROQ